Europe and the United States: Friends and Allies, or Rivals?

Citizenship in a Global Age

Science Bridging Cultures and Nations: Exploring the Early Universe
The Higgs-Boson, CERN and its Research Activities

Strategies of Life: How to Have Your Cake and Eat It Too
Yeltsin and Putin: My Personal Experience
Film Introduction and Q&A session: Foreign Body (2014)

Democratic Poland: 25 Years After the Fall of Communism

What is an Entrepreneurial University? A Case Study.

Wolfgang Herrmann (2013)
President of the Technical University of Munich (Germany)

Lord Patten of Barnes (2012)
Chancellor of the University of Oxford, Chair of the BBC Trust (United Kingdom) 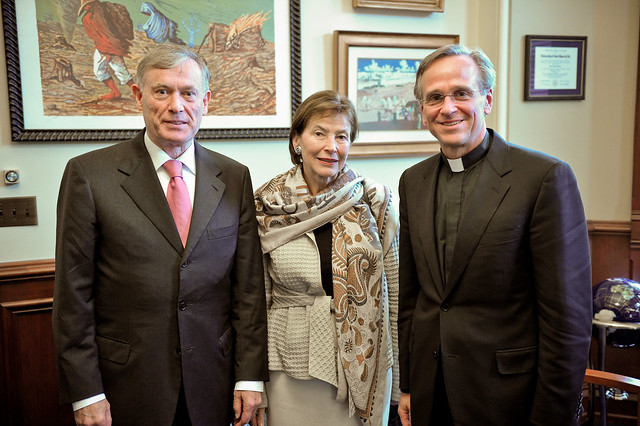 The Whole is at Stake

Proportionality in Constitutional Law: Why Everywhere but Here?