“A View from the UK Parliament: What We Must Do to Combat Genocide”

“A View from the UK Parliament: What We Must Do to Combat Genocide” 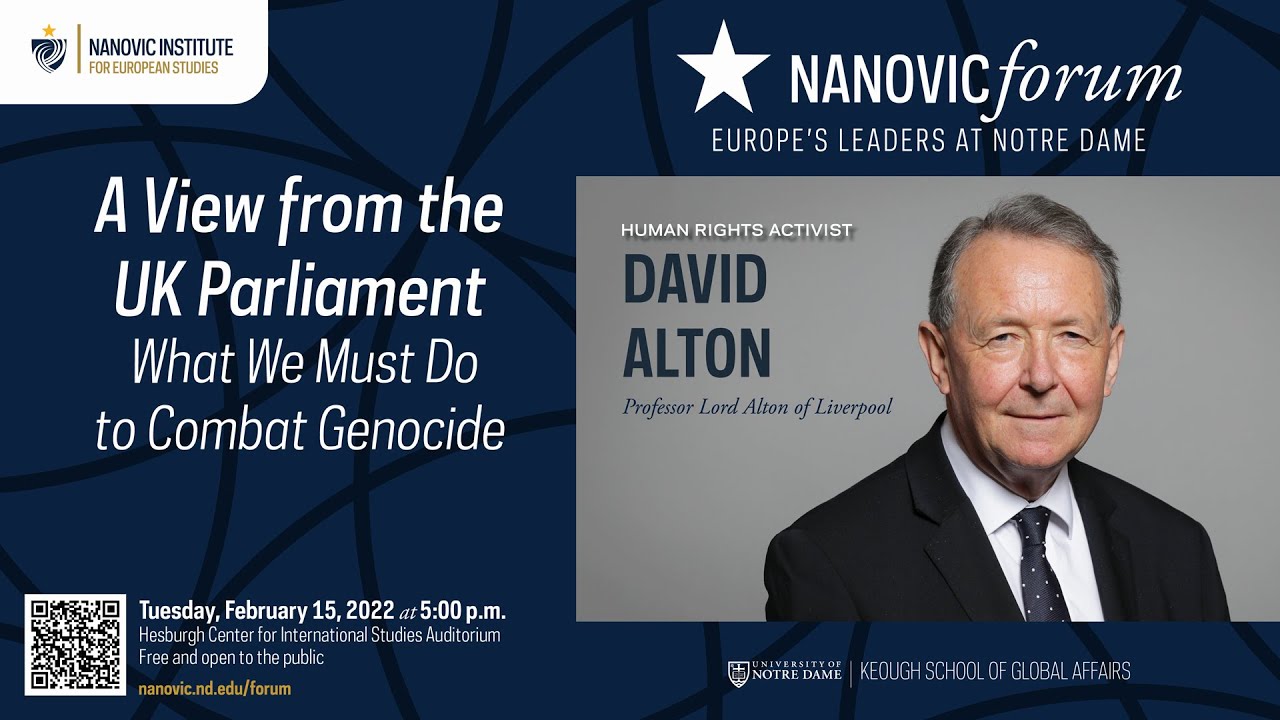 David Alton (Professor Lord Alton of Liverpool) has served in both Houses of the UK Parliament. He was a Member of the House of Commons for 18 years until 1997, when he was appointed a Life Peer. Alton began his career as a teacher and, in 1972, he was elected to Liverpool City Council as Britain’s youngest City Councillor. He now serves on the House of Lords International Relations and Defence Select Committee. Alton is known for his human rights work: in 1987 he co-founded the children’s charity Jubilee Action (which changed its name to Chance for Childhood in 2014), and he serves as chair, patron or trustee of a number of voluntary organizations. He is a Knight Commander of Merit of the Sacred Military Constantinian Order of Saint George (2003) and a Knight Commander of the Order of St. Gregory the Great (2008), both Roman Catholic orders of chivalry. Alton is also the author of several books and several reports on human rights in countries such as North Korea, Burma, the Democratic Republic of the Congo, Brazil, Sudan/Darfur, Tibet and Rwanda—all of which he has visited. His latest book, co-authored with Dr. Ewelina U. Ochab, which examines the experience and legal understanding of genocide, will be published this year.