"Conversation with Anne Applebaum: The War in Ukraine, Russia, and the Twilight of Democracy"

"Conversation with Anne Applebaum: The War in Ukraine, Russia, and the Twilight of Democracy" 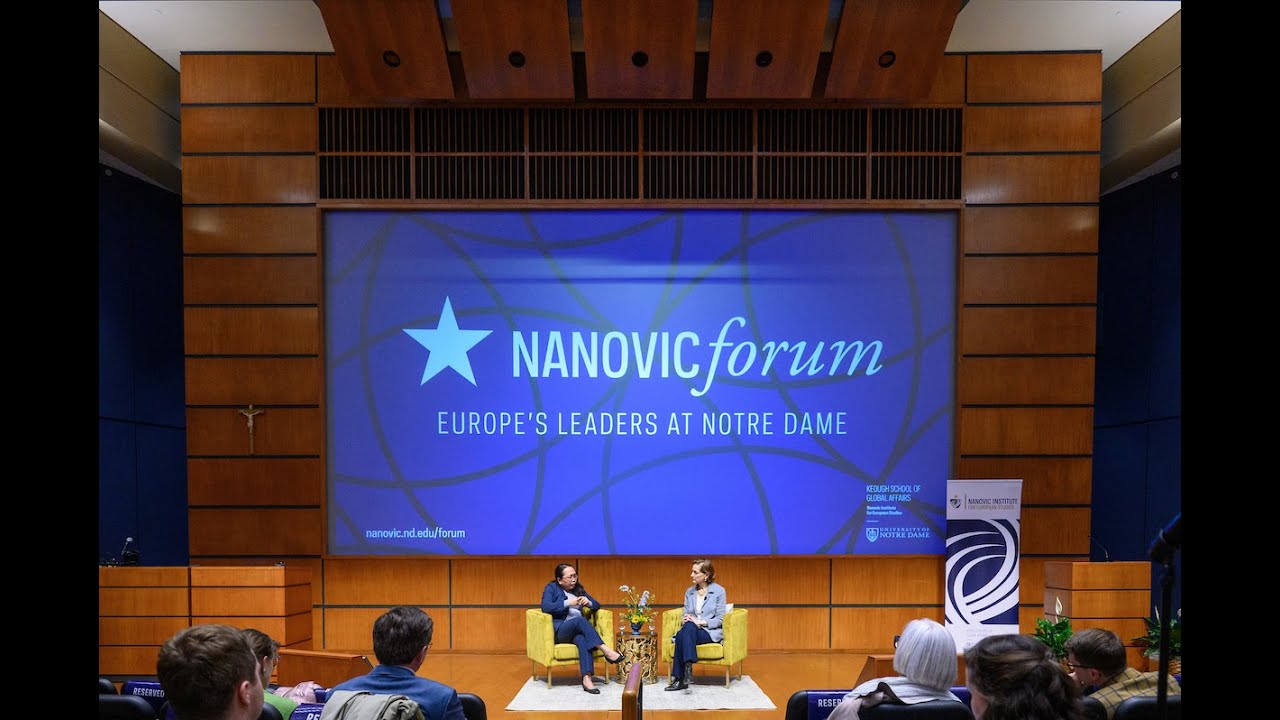 On April 22, the Nanovic Institute for European Studies was honored to bring Anne Applebaum, the Pulitzer Prize-winning historian and Polish-American journalist, to the University of Notre Dame for a special Nanovic Forum event. While the Nanovic Forum is typically an annual event, this was the second forum of the spring semester alone, an unprecedented fact owed to the Russian invasion of Ukraine. During “A Conversation with Anne Applebaum: The War in Ukraine, Russia, and the Twilight of Democracy,” the author spoke with Diane Desierto, professor of law and global affairs with a joint appointment in the Keough School of Global Affairs and the Notre Dame Law School, and took questions from members of the audience.

Since the late 1980s, Applebaum has reported and commented on global political and economic change for leading publications in both the U.S. and Europe including The New York Times and The Guardian. With her particular focus on Eastern Europe, she has sounded an alarm about the rise of authoritarianism and its threat to liberal democracy in the West, especially in the last decade, including in her 2021 book The Twilight of Democracy: The Seductive Lure of Authoritarianism. In recent months, Applebaum has provided frequent and invaluable commentary on Russia’s invasion of Ukraine. During this conversation, she will reflect upon nationalism and autocracy in Putin’s Russia and, through the lens of Ukraine, the threat posed by despotic leaders to democracies around the world.