2016 - “Ukraine, Democratic Revolution, and the Challenges of a Catholic University”

2016 - “Ukraine, Democratic Revolution, and the Challenges of a Catholic University” 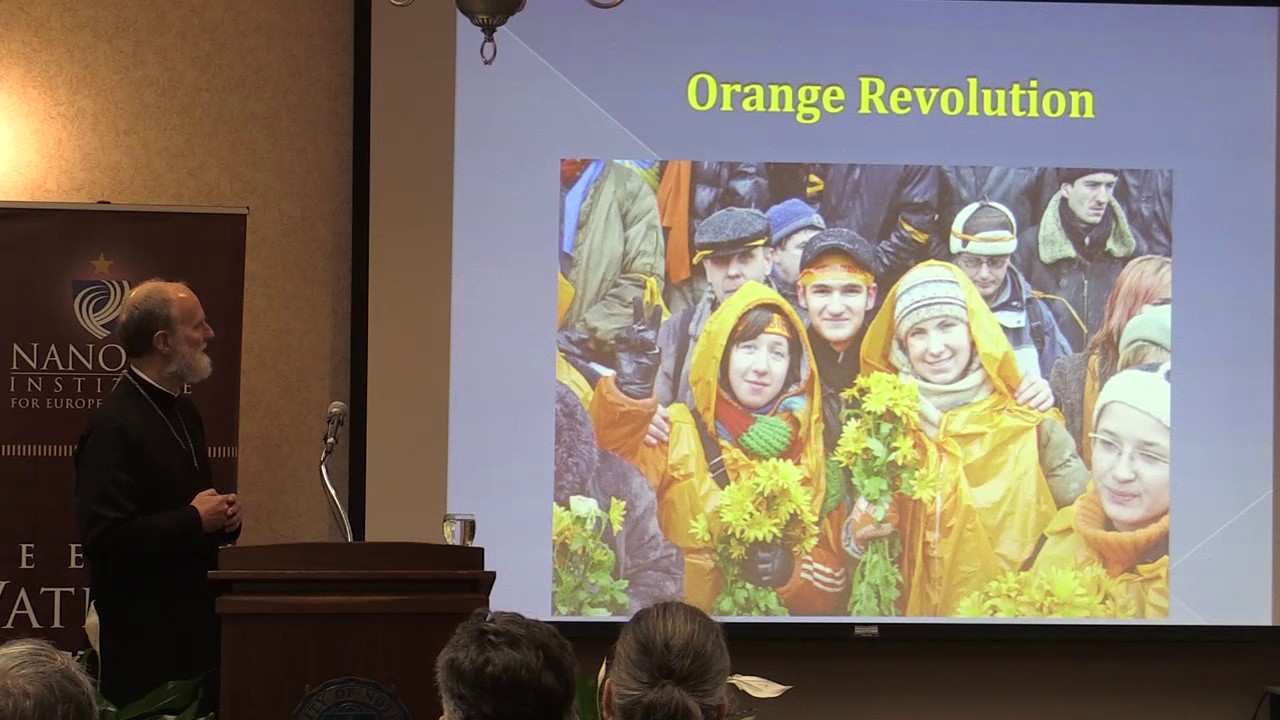 Archbishop Borys Gudziak, President of the Ukrainian Catholic University in Lviv and a leader of the Ukrainian Catholic Church, was invited to give the 2016 Keeley Vatican Lecture. He delivered a lecture entitled “Ukraine, Democratic Revolution, and the Challenges of a Catholic University.” Gudziak emerged as a prominent leader in higher education in Ukraine following the end of the communist regime.

A. James McAdams, former director of the Nanovic Institute for European Studies, described Bishop Gudziak as “a major figure in the Eastern Catholic Church who has demonstrated that it is possible to create a vibrant Catholic community in a country previously ruled by a dictatorship.”

McAdams noted that Gudziak “has presented Ukrainian citizens with a vivid image of how to live with integrity and honor in a country still struggling with the vestiges of communism. He exhibited extraordinary leadership in the founding of the Ukrainian Catholic University and has inspired a generation of Ukrainian students and scholars.”

The Keeley Vatican Lecture was established by the generosity of Terrence R. Keeley (‘81) to bring distinguished representatives from the Vatican to explore questions involving Notre Dame’s Catholic mission.  For more information and the archive of past lectures, please visit nanovic.nd.edu/vatican.