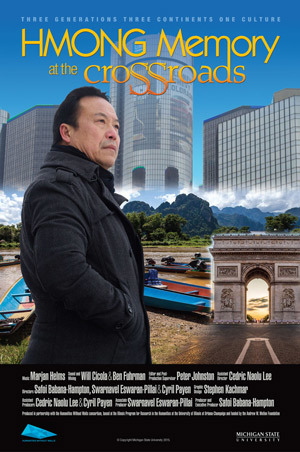 "Hmong Memory at the Crossroads" is a 2015 documentary that weaves the stories of three generations of Hmong refugees in the U.S. Midwest and in France.

Liachoua Lee, a Hmong-American, revisits his past as a former refugee and son of veterans of the First Indochina War and the Secret War in Laos. Beginning with his life in Detroit, Lee's journey takes him to France, a place where he and his family sought asylum before immigrating to America, and an emotional return to his Laotian homeland.

For more information about the film, cast, and crew, visit hmc.cal.msu.edu.