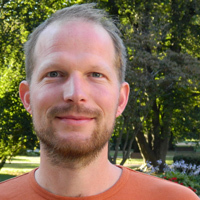 Tamás Karáth, professor of medieval English literature at the Institute of English and American Studies at Pázmány Péter Catholic University in Hungary, is a visiting scholar at the Nanovic Institute during the fall semester. He will present the lecture entitled “Young and Broker in Hungary: Post-Communism and Generation Y” on Tuesday, November 12th at 12:30 p.m.

Lunch will be available on a first come, first served basis.

Directions: Walking north between the Basilica and Main Building, look for the INSTITUTE FOR EDUCATIONAL INITIATIVES office, with flower boxes on the porch rails. Enter the office and the McGlinn Room is a large multi-purpose room on the right.

Abstract: This talk joins the film series of the Nanovic Institute for European Studies, titled Young and Broke in Europe. In Hungary, the first “free” generation, born after the collapse of communism (1988-90), has come of mature years. They make up the vast majority of the age group 15-29. Generation Y responds to global trends much more intensively than any of the three elder generations constituting the rest of the Hungarian population. Nonetheless, they are also shaped through the historic experiences of their parents and grand-parents. The talk will briefly outline the watersheds that underlie generational patterns in Hungary. Subsequently it will investigate, on the basis of the latest large-scale youth report of Hungary “Youth 2012”, to what extent Generation Y is different, and what common attitudes they share with the rather alien worlds in which their parents and grand-parents were socialized. The talk will conclude with an enquiry of the “post-communist” characteristics of the young by looking at their attitudes to the public sphere. To counterbalance the overall depressing image of the European (perhaps even North-Atlantic?) youth, I intend to counter-point the notion of overall “loss and fatelessness” with positive coping strategies as alternatives for some of the Hungarian youngsters.