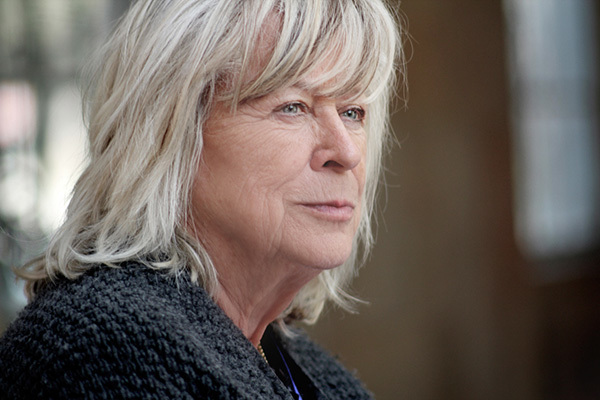 Margarethe von Trotta, one of Germany’s best-known and most successful female film directors, will deliver the 2016 Nanovic Forum Lecture at 5 p.m. April 20 (Wednesday) in the Hesburgh Center for International Studies Auditorium at the University of Notre Dame.

Sponsored by the Nanovic Institute for European Studies, the lecture, titled “My Approach to Biography,” is free and open to the public. In addition, von Trotta will hold a discussion on her work and techniques in a masterclass and will introduce her latest film, “The Misplaced World,” at a public screening at the Browning Cinema at DeBartolo Performing Arts Center at 7 p.m. April 21.

Born in 1942, von Trotta was introduced to French New Wave Cinema during a trip to Paris in the early 1960s.  She decided to change her career to acting upon her return to Germany. She won acclaim for her roles in New German Cinema and starred in films by Rainer Fassbinder and Volker Schlöndorff. She went on to make important and controversial films, especially films about women, such as “Marianne and Juliane” (1981), “Rosa Luxemburg” (1986), and “Vision” (2009) about Saint Hildegard von Bingen.  Actress Barbara Sukowa, whom von Trotta frequently casts in her films, introduced a screening of “Hannah Arendt” at Notre Dame in 2013, a film both written and directed by Margarethe von Trotta.  In addition to making films, she is a Professor of Film at the European Graduate School in Saas-Fee, Switzerland.

The Nanovic Institute for European Studies, through the generosity of Robert and Elizabeth Nanovic, established the Nanovic Forum to deepen Notre Dame’s rich tradition of connections to Europe by bringing prominent figures to campus in a wide range of fields to explore, discuss and debate the most pressing questions about Europe today. Past speakers have included Lord Patten of Barnes, Chancellor of the University of Oxford; Horst Koehler, former president of Germany; Hanna Suchocka, former prime minister of Poland; and Polish film director Krzysztof Zanussi.

The Nanovic Institute for European Studies is an integral part of the Keough School of Global Affairs at the University of Notre Dame.

More information on von Trotta’s visit and an archive of past Forum lectures is available at nanovic.nd.edu/forum.