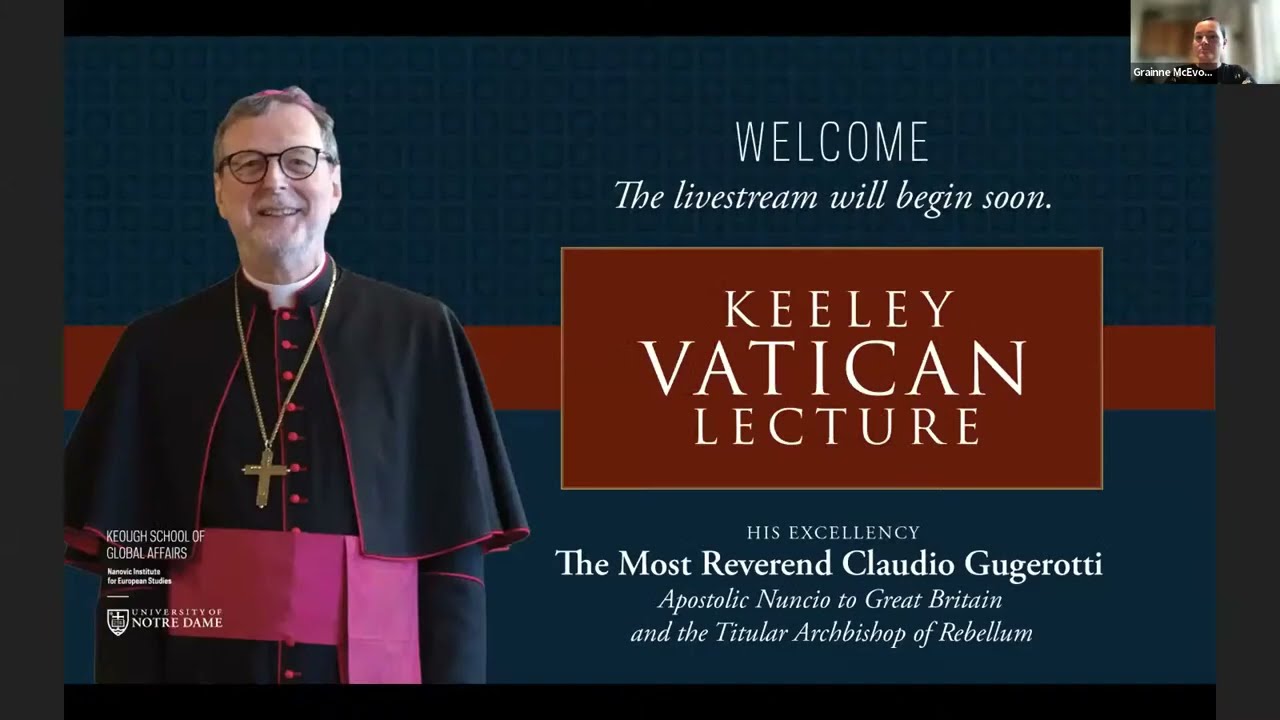 A native of Verona, Italy, His Excellency, The Most Reverend Claudio Gugerotti, the Apostolic Nuncio to Great Britain and the Titular Archbishop of Rebellum, was ordained a priest of the Diocese of Verona in 1982. He obtained degrees in Eastern languages and sacred liturgy and, between 1981 and 1985, taught patristics, theology, and Eastern liturgy at the Institute of Ecumenical Studies and San Zeno Theological Institute, both in Verona. In 1985, Archbishop Gugerotti was appointed as an official at the Congregation for the Eastern Churches and became its undersecretary in 1997. Since December 2001, he has been Apostolic Nuncio — the Pope’s representative — to Georgia, Armenia, Azerbaijan, Belarus, Ukraine, and, from July 2020, Great Britain.

“While serving as an Apostolic Nuncio for over twenty years in six different nations, Archbishop Gugerotti has become one of the Church’s most experienced, respected, and accomplished diplomats,” Notre Dame President Rev. John I. Jenkins, C.S.C., said. “Having recently concluded his mission in Ukraine — where I first met him — in order to become the Pope’s representative to the United Kingdom, Archbishop Gugerotti has ably advocated for the Church’s diplomatic positions on some of Europe’s most pressing challenges. I am grateful that he will deliver the Keeley Vatican Lecture and share his experience and wisdom.”