2018 - “The Catholic Church in the European Project”

2018 - “The Catholic Church in the European Project” 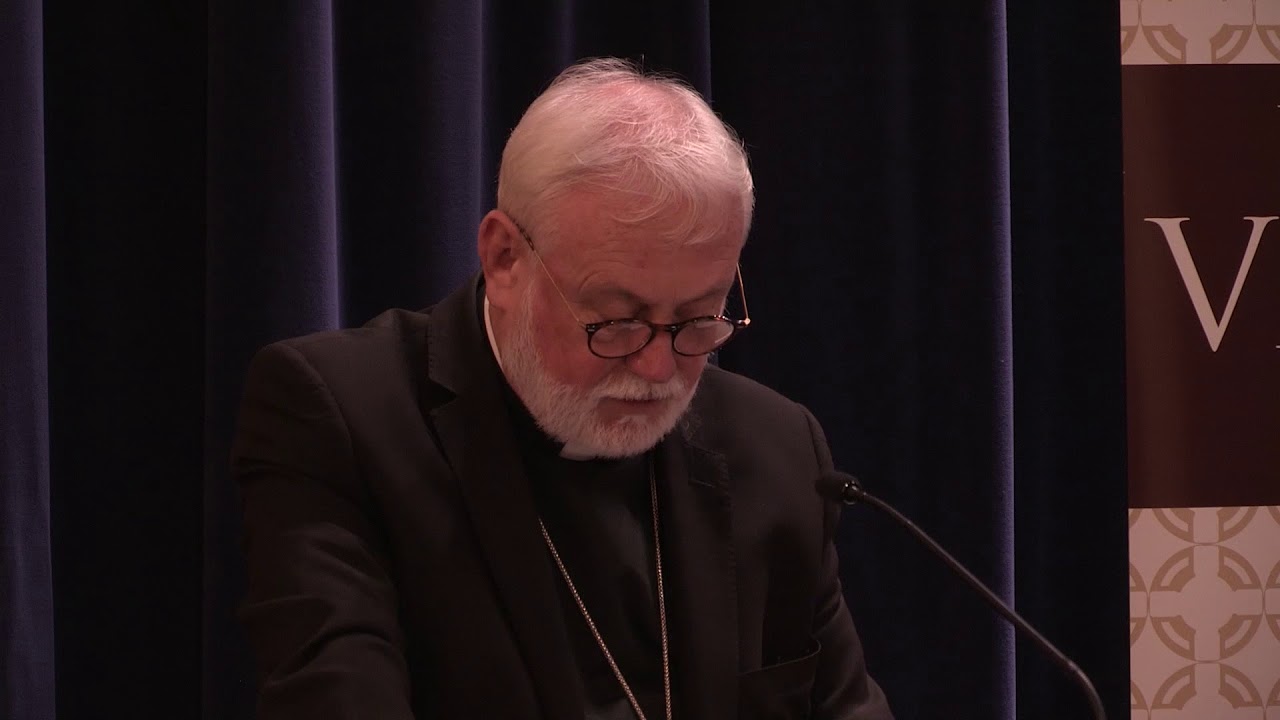 Archbishop Paul Richard Gallagher, Secretary for Relations with States of the Holy See, was invited to give the 2018 Keeley Vatican Lecture. Known for his gregarious personality and extensive global experience, Archbishop Gallagher delivered a lecture entitled “The Catholic Church in the European Project,” which explored the Catholic Church’s relationship to “the European Project” during a time of turbulence in European and global affairs.

In 2012, Pope Benedict XVI appointed Rev. Gallagher to serve as his Papal Nuncio to Australia, a position he held until Pope Francis appointed him Secretary of State in 2014. The Secretariat of State is responsible for the Holy See’s network of nunciatures and diplomatic missions to states and international organizations around the world. Rev. Gallagher is the first Briton to hold this high a position in the Vatican's foreign affairs. In his capacity as Secretary, he has been an advocate for peace, ecumenism, the abolition of the death penalty, and the importance of freedom of religion and freedom of conscience.