2015 - “The Catholic Church in Ireland and Pope Francis: Legacy and Transformation”

2015 - “The Catholic Church in Ireland and Pope Francis: Legacy and Transformation” 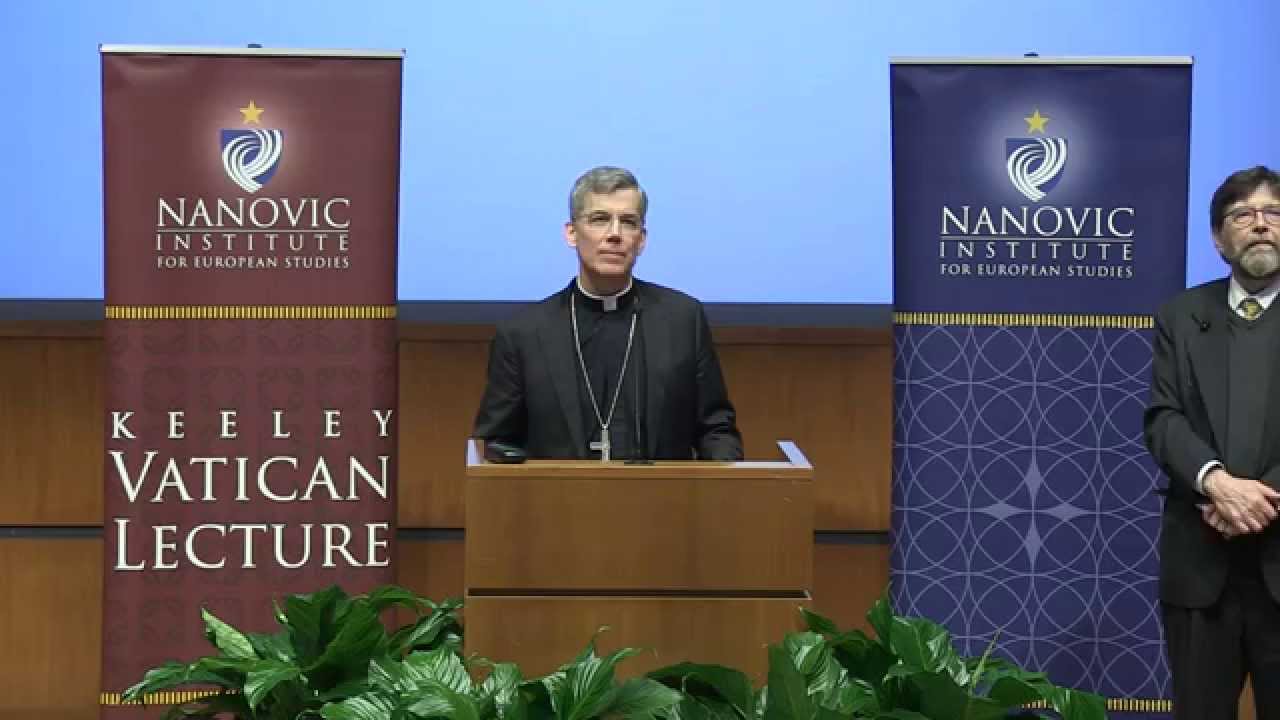 Archbishop Charles J. Brown, then Apostolic Nuncio to Ireland, was invited to give the 2015 Keeley Vatican Lecture. He delivered a lecture entitled “The Catholic Church in Ireland and Pope Francis: Legacy and Transformation.”

Archbishop Brown graduated from Notre Dame’s College of Arts and Letters in 1981 with a major in history. He went on to earn master’s degrees from the University of Oxford and the University of Toronto. Cardinal John O’Connor ordained him a priest in 1989 for the Archdiocese of New York, and later sent him to Rome for doctoral studies in sacramental theology, intending that Brown would return to teach at Dunwoodie Seminary. While in Rome, however, Archbishop Brown was recruited to work for the Congregation for the Doctrine of the Faith. There he worked under Cardinal Joseph Ratzinger, the future Pope Benedict XVI, for more than 10 years. He served the Congregation until 2011, when Pope Benedict personally ordained Archbishop Brown to the episcopate and appointed him Titular Archbishop of Aquileia and Apostolic nuncio to Ireland. Archbishop Brown’s appointment in Ireland is an opportunity for healing and revitalization of the Catholic Church in Ireland.