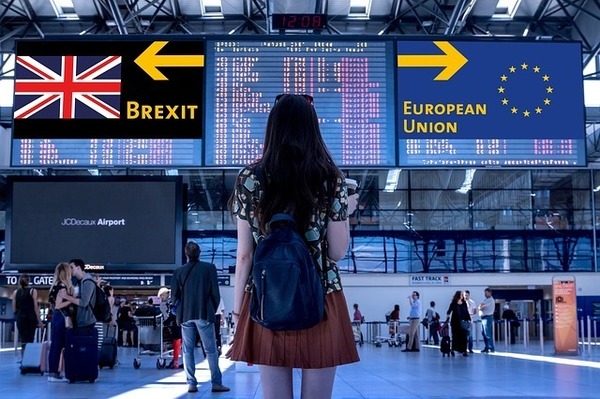 Fresh news on Brexit comes out almost daily. In the run-up to March 29, the Institute has convened a panel of experts to describe the political and procedural chessboard. What is at stake in the various options for an extension to Article 50? How has Ireland been involved, or will be involved? What effect may Brexit talks have on upcoming European elections? Hear from three experts in political economy, corporate law, and European integration and be prepared for a rousing Q&A on one of the major political events of our day.

The event is free and open to the public.

Barry Colfer is currently a Deakin Visiting Fellow at St. Antony's College at the University of Oxford. His research interests include European integration, industrial relations, comparative politics, and the politics of the UK and Ireland. While at Saint Antony's he will be undertaking research into the current state of the French trade union movement. Barry is a research associate at the Policy Network think tank in London, and a teaching fellow at Sciences Po in Le Havre. He holds a PhD in politics from the University of Cambridge, and has worked previously at both the Irish and European parliaments.

Desmond Dinan is Professor of Public Policy and holds the Jean Monnet Chair in European Public Policy at George Mason University. He has been an adviser to the European Commission in Brussels and a Visiting Fellow at the Netherlands Institute for International Relations, The Hague. He was a Visiting Professor at the College of Europe, Bruges campus (1998-2000) and the College of Europe, Natolin campus (2005-2008). His research interests include the historiography of European integration; the history of the European Union (EU); institutions and governance of the EU; enlargement of the EU; regional integration in the context of globalization; and prospects for global governance. He has written several books on the EU and, since 1999, has written the article on institutions and governance for the Journal of Common Market Studies‘ highly regarded annual review of developments in the EU. He has received the George Mason University Student Government “Professor of the Year” Award for Excellence in Instruction and the Schar School of Policy and Government’s annual teaching award. Professor Dinan is a native of Ireland and a permanent resident of the United States.

Clare O’Hare is a Ph.D. student in the Department of Political Science at  Notre Dame. With past professional experience in corporate law, she currently works at the intersection of comparative politics and international political economy. She is especially interested legal pluralism. Current projects examine the role of corporate lawyers and multinational corporations in the diffusion of English common law institutional structures to civil law jurisdictions in Europe. Prior to joining the doctoral program, Clare worked for nine years working as an international corporate lawyer in London and Dubai. She received her undergraduate degree in Law & French Law from Trinity College Dublin and also holds a Master’s in Law from the University of Cambridge and an MA from the Fletcher School of Law and Diplomacy at Tufts University.

For further reading on the issues, check out Dr. Colfer's suggested readings on the subject of Ireland and the UK’s withdrawal from the European Union: PDF