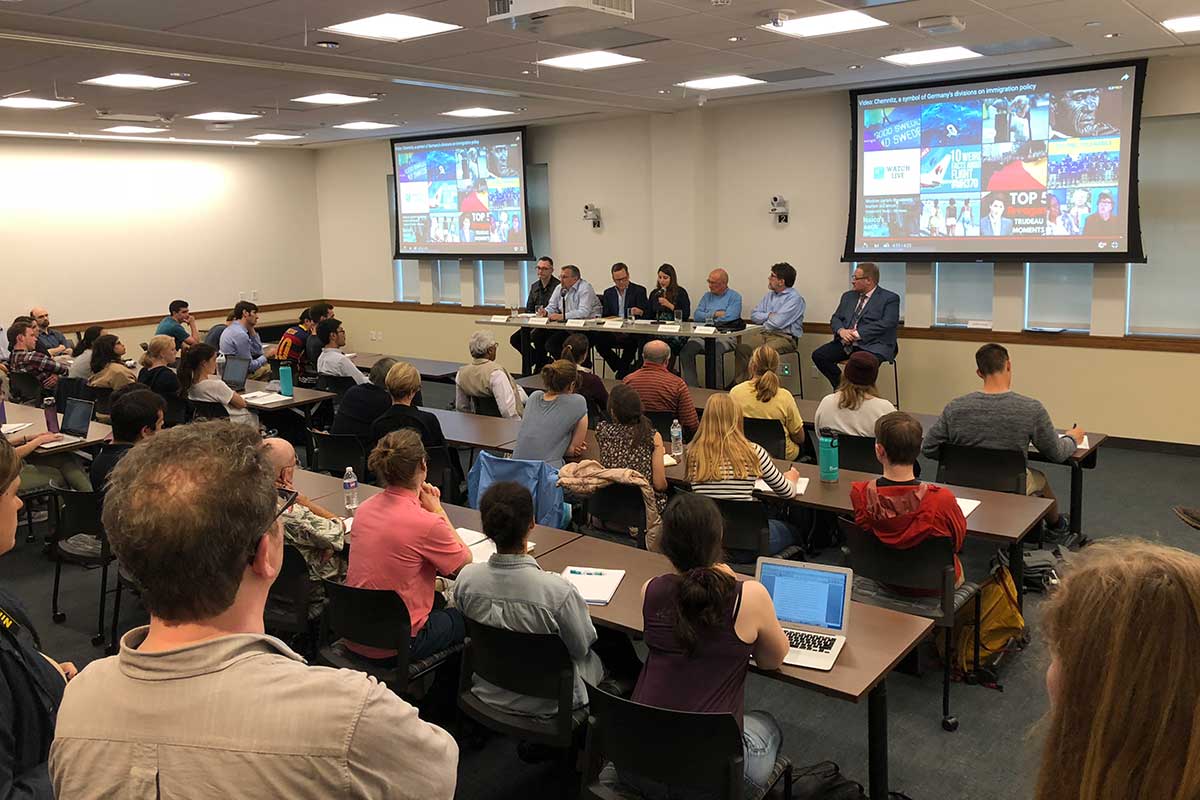 Read The Observer's coverage of the panel

Europe is going through some deeply troubling times. After the murder of a 35-year old German in Chemnitz, for which a 22-year-old Iraqi citizen and a Syrian refugee are wanted, right-wing extremists have responded with violent rallies and calls for harming foreigners. These stories of the Chemnitz riots are barely two weeks old, and this past weekend new protest marches occurred in the small town of Köthen after the death of a 22-year old German. With their calls for violence against foreigners, right-wing populists and nativists are threatening the fabric of European unity and integration that many of us had taken for granted as the status quo--and politicians like Angela Merkel are under scrutiny for their open-door politics.

In this flash panel, six Nanovic Faculty Fellows address the current situation in Germany (Chemnitz and Köthen) from different disciplinary perspectives, including the response by leading politicians, while also engaging with larger issues surrounding the rise of right-wing extremism in Europe in the context of refugee migration. Each speaker will give brief remarks, after which the discussion will be opened up to the audience.

Free and open to all.

Sponsor by the Nanovic Institute for European Studies with support from the Department of German and Russian Languages and Literatures.