Manolo has a simple life in Southern Spain and two loves: his animals, in particular, his donkey Gorrión (“Sparrow”), and wandering through nature. Against the advice of his doctor, he decides to plan one last walk in the US, the brutal 2200 mile Trail of Tears. But not without his donkey. Overcoming the small obstacle of shipping a donkey, Manolo’s chronic arthritis, a history of heart attacks, and Gorrión’s fear of water are just a few matters to take care of. As their adventure continues, Manolo’s wondrous friendship with his animals finds a beautiful equilibrium. Will they find the American West? More importantly, will they be able to see life as it is, and not as it should be? 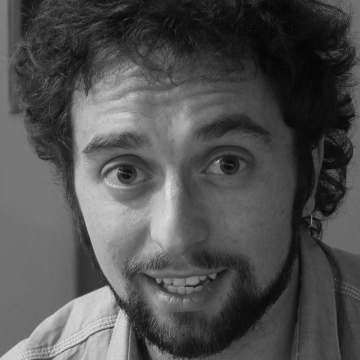 After several award-winning short fiction films, Chico Pereira (born 1979 in Almaden, Spain) moved towards documentary by devising minimalist narratives inspired by real-life characters and performed by them. As part of his research for the MFA Advanced Film Practice at Edinburgh Napier University, Chico started combining fiction and documentary film techniques. Pablo's Winter was his graduation film and his first feature-length work. It won awards at DOK Leipzig, IDFA and Full Frame, and opened the 2013 MoMA Documentary Fortnight in NYC. A short doc Polaris, about Filipino fishermen on Scottish boats, followed. Chico is funded by a prestigious scholarship granted by “La Caixa” to undertake a PhD in Social Anthropology and Ethnographic Film in Santa Cruz, USA. Donkeyote is his sophomore film to his widely admired debut.

A limited number of FREE tickets are located at the Nanovic Institute at 1060 Nanovic Hall.