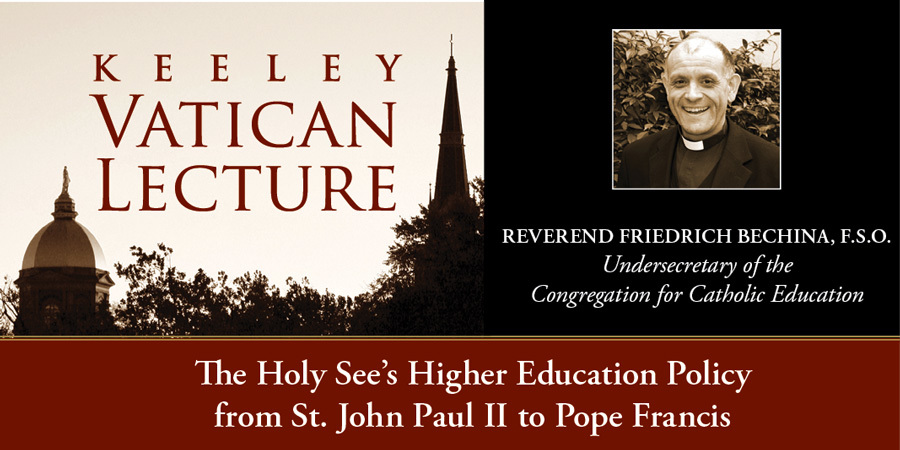 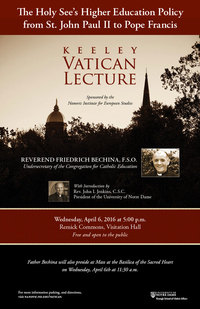 From the north: The University is located just south of the Indiana Toll Road (Interstate 80/90). Exit I-80/90 at Exit 77 and turn right onto Indiana 933. Make a left at the fourth stop light (Angela Boulevard), then turn left at the second stoplight (Eddy Street). Follow signs to visitor parking or to the Main Gate.

From the south: Take U.S. 31 north which becomes Indiana 933 just south of the city of South Bend. Stay on Indiana 933 through downtown South Bend to Angela Boulevard. Turn right onto Angela, and then turn left at the second stoplight (Eddy Street). Follow signs to visitor parking or to the Main Gate. 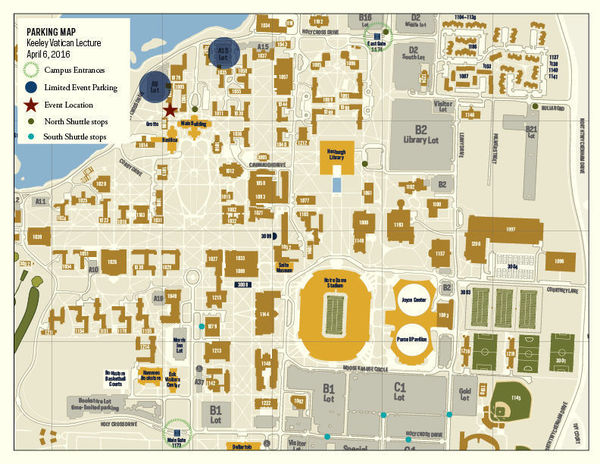 From A9:  Enter Carol Sandner Hall and go up to the 2nd floor.  Remick Commons is in the south end of the building (where it becomes Visitation Hall).

From A15: Walk toward the Dome.  To the right of the Main Building is Brownson Hall, an old building with an arch.  Walk through the arch and straight across the courtyard to enter Visitation Hall.  Remick Commons is on the left.

Remick Commons is in Visitation Hall, located behind and in between the Basilica of the Sacred Heart and the Main Building.  Access and elevators are also available from the entrance to Carole Sandner Hall off of the A9 parking lot.

There will be photography and videography during the lecture.  At this time, there are no plans to livestream the event.

Explore the archive of past Keeley Vatican Lectures.