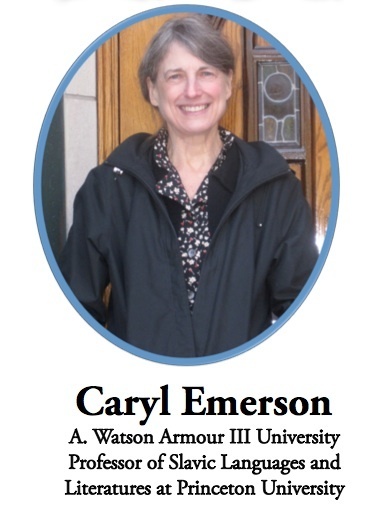 Professor Emerson is a specialist on Russian writers of the nineteenth and twentieth centuries and on the literary theorist Mikhail Bakhtin, with a strong secondary interest in Russian music and theater. She is the author of Boris Godunov: Transposition of a Russian Theme (1986), Mikhail Bakhtin: Creation of a Poetics (with Gary Saul Morson) (1990), The Life of Mussorgsky (1999), The Uncensored Boris Godunov (with Chester Dunning, Sergei Fomichev, Lidiia Lotman, and Antony Wood) (2006), The Cambridge Introduction to Russian Literature (2008), and All the Same the Words Don’t Go Away: Essays on Authors, Heroes, Aesthetics, and Stage Adaptations from the Russian Tradition (2010) and the editor of several volumes on Mikhail Bakhtin. Her current projects center on Lydiia Ginzburg’s alternatives to both the Formalists and Bakhtin; a restoration of the playscript of Egyptian Nights (parts George Bernard Shaw, Alexander Pushkin, and William Shakespeare) that was performed in 1934-35 by Alexander Tairov’s Moscow Chamber Theater with Prokofiev’s music; and the dramatic and essayistic works of the Russian surrealist and philosopher of the theater, Sigizmund Krzhizhanovsky (1887-1950).