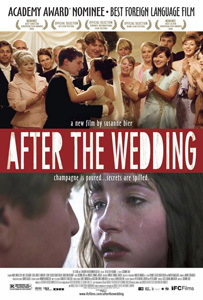 Susanne Bier has emerged as one of the strongest voices of contemporary Danish cinema with a body of work that is both formally inventive and socially relevant. In this double feature presentation, we look at two of Bier’s most acclaimed films, each of which considers European identity in relation to international altruism. Bier earned the 2011 Academy Award for Best Foreign Language Film for In A Better World, a portrait of a doctor who faces struggles both in his personal life in Denmark and in his work abroad at a Sudanese refugee camp. In After the Wedding, A Danish manager of an orphanage in India returns home to Copenhagen to discover a shocking family secret.

IN A BETTER WORLD: Anton is a doctor who commutes between his home in an idyllic town in Denmark, and his work at an African refugee camp. In these two very different worlds, he and his family are faced with conflicts that lead them to difficult choices between revenge and forgiveness.
Directed by Susanne Bier (2010).

AFTER THE WEDDING: Jacob has dedicated his life to helping street children in India. When his orphanage is threatened by closure, he receives an unusual offer that forces him to return to Denmark and catapults him into the most intense dilemma of his life. Directed by Susanne Bier (2006).

All films are shown in the THX-certified Browning Cinema at the DeBartolo Performing Arts Center on campus.