Director Petr Zelenka will be present to introduce the film.
An Interview with Petr Zelenka

Petr Zelenka (born August 21, 1967 in Prague, Czechoslovakia, now the Czech Republic) is an award-winning Czech playwright and director of theatre and film. His films have been recognized at international festivals in Moscow and Rotterdam. His film Karamazovi (The Brothers Karamazov) was the Czech Republic’s official Oscar submission for Best Foreign Language Film in 2008. 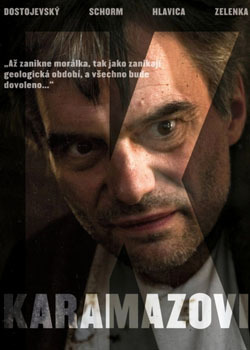 A theatre company from Prague arrives in Krakow to present a stage adaptation of Dostoyevsky’s novel “The Brothers Karamazov” at the city’s alternative drama festival; the production is to be staged in an unusual venue – the local steelworks. As rehearsals get under way, we follow not only the emotional story examining issues of faith, immortality and the salvation of the human soul, but also the relationships within the acting troupe itself, which strangely reflect Dostoyevsky’s “great” themes. The stage drama is transferred to the real world when a tragedy occurs during rehearsal involving one of the spectators.

Purchase Tickets Online or call 574-631-2800
$6, $5 faculty/staff, $4 senior citizens, and $3 all students
FREE tickets are available at the institute for faculty fellows and minors in the European Studies program.