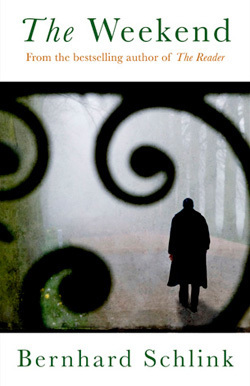 Copies of The Reader, Guilt About the Past, and The Weekend will be available for purchase at the reading.

Old friends and lovers reunite for a weekend in a secluded country home after spending decades apart. They excavate old memories and pass clandestine judgments on the wildly divergent paths they’ve taken since their youth. But this isn’t just any reunion, and their conversations about the old days aren’t your typical reminiscences: After twenty-four years, Jörg, a convicted murderer and terrorist, has been released from prison. The announcement of his pardon will send shock waves through the country, but before the announcement, his friends—some of whom were Baader-Meinhof sympathizers or those who clung to them—gather for his first weekend of freedom. They have been summoned by Jörg’s devoted sister, Christiane, whose concern for her brother’s safety is matched only by the unrelenting zeal of Marko, a young man intent on having Jörg continue to fight for the cause.

The reading is free and open to the public.
Lunch will be available on a first-come, first-served basis.