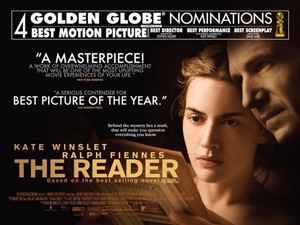 Nearly a decade after his affair with an older woman came to a mysterious end, law student Michael Berg encounters his former lover as she defends herself in a Nazi war-crime trial.

Based on the novel by Berlin law professor and mystery author Bernhard Schlink, the semi-autobiographical work was published in 1995, later translated into 40 other languages, and became the first German novel to top the New York Times’ best-seller list, garnering widespread attention in 1999 after Oprah Winfrey chose the title for her popular book club. Since its film release in 2008, THE READER has been nominated for over 40 awards including an Academy Award for Best Picture winning the category of Best Actress by Kate Winslet.