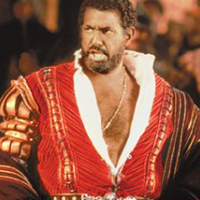 Based on Shakespeare’s enduring classic Otello is an epic tragedy of jealousy and betrayal. When the scheming Iago (Diaz) believes Otello (Domingo) has overlooked him for promotion he wreaks a subtle and terrible revenge on his master convincing him that his young wife Desdemona (Katia Ricciarelli) is unfaithful. Otello realizes the deception too late spiraling into madness and murder before seeking a violent retribution. Opera superstar Placido Domingo in one of his most famous and acclaimed roles leads an outstanding cast in this visually and musically stunning production. 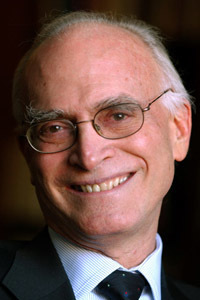 The film will be introduced by Philip Gossett, Robert W. Reneker Distinguished Service Professor of Music, University of Chicago. Professor Gossett is a music historian with special interests in 19th-century Italian opera, sketch studies, aesthetics, textual criticism, and performance practice. He is author of two books on Donizetti and of Divas and Scholars: Performing Italian Opera (2006, Chicago), which won the Otto Kinkeldey Award of the American Musicological Society as the best book on music of the year. He serves as General Editor of The Works of Giuseppe Verdi (The University of Chicago Press and Casa Ricordi of Milan) and of Works of Gioachino Rossini (Baerenreiter-Verlag, Kassel). One of the world’s foremost experts on Italian opera, Gossett is the first musicologist to be awarded the Mellon Distingushed Achievement Award; he also holds the Cavaliere di Gran Croce, the Italian government’s highest civilian honor. Professor Gossett has served as President of the American Musicological Society and of the Society for Textual Scholarship, as Dean of Humanities at Chicago, and as lecturer and consultant at opera houses and festivals in America and Italy. He was the musicological consultant to the Verdi Festival in Parma during the Verdi centennial year (2001).