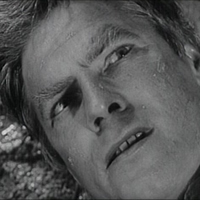 One of the few films over which Orson Welles wielded complete creative control, Chimes at Midnight is a creative, combinatory adaptation of Shakespeare’s Henry IV and The Merry Wives of Windsor. Even more than a sublime John Gielgud as the guilt-ridden Henry IV and Jeanne Moreau as a lusty Doll Tearsheet, the most fascinating performance comes from Welles himself in a riveting Falstaff that is a classic Welles grotesque — by turns abrasive, gentle, pathetic and boastful. Among Welles’ most moving films, Chimes at Midnight reveals the relationship between Falstaff and Prince Hall to be Shakespeare’s nuanced reflection on the difficult gap between political power and its human instrument.

Film introduced by Samuel Crowl, the Trustee Professor of English Literature, Ohio University, author of Shakespeare at the Cineplex and Shakespeare Observed: Studies in Performance on Stage and Screen.