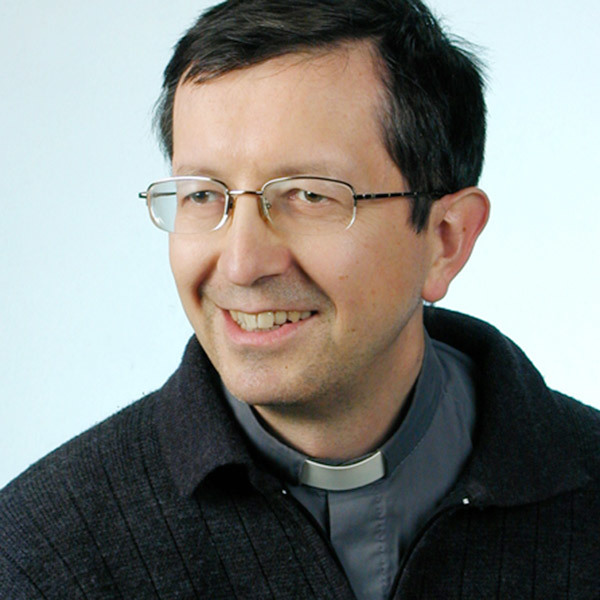 While at Notre dame, I was able to continue my research on the Aramaic Astronomical Book from Qumran. Additionally, discussions on the topic with prof. James VanderKam contributed to the better outcome of my final research.

Born in 1963, Prochowice, Poland, he graduated from the M. Copernicus high school in 1982 in Lubin. He took his first religious vows in 1983 in the novitiate of the Salesian order in Kopiec, district of Częstochowa. There followed philosophical and theological studies at the Salesian seminary in Cracow (1983-1990), together with pastoral training (1985-86) and a two-year period of theological-biblical studies at the Salesian seminary in Cremisan, Israel (1986-88). Having successfully finished his graduate studies under the guidance of Rev. prof. Ryszard Rubinkiewicz SDB at the Catholic University in Lublin (1990), he was ordained to priesthood on June 12, 1990, and then spent one year in pastoral work in Sosnowiec (1990-91). Afterwards he studied Modern Hebrew at the Jerusalem Ulpan Beth Ha-Am (1991-92) and in 1992 began biblical studies at the Pontifical Biblical Institute, Rome, which he successfully finished in 1996 (S.S.L.). The same year he started his doctoral year at the PBI together with additional biblical studies at the École Biblique et Archéologique Française in Jerusalem (éleve titulaire, 1996-98). Another period of study at Harvard Divinity School (Resident Graduate 1998-99) allowed for an additional area of specialization in Semitic languages and pseudepigraphic literature of the OT, followed by a two-year stay in Cambridge, Mass., (1999-2001), dedicated to finishing the written dissertation. In the fall of 2001 he began teaching the Old Testament at the Salesian seminary in Cracow, Poland, and then the defense of the dissertation took place at the Biblicum in Rome (S.S.D., Feb. 2003). There followed an intense period of teaching at the Pontifical Academy of Theology, Cracow, and Jagiellonian University in the Department of Jewish Studies. In the fall of 2005 he began teaching at the Catholic University of Lublin in the Department of Theology and in the Institute of Biblical Studies that makes part of that Department. As an invited scholar, he spent the academic year 2007-08 at the Notre Dame University, South Bend, Ind. (first semester), and in the Department of Near Eastern Languages and Civilizations, Harvard University, Cambridge, Mass (2nd sem.).

He is a member of Associazione Biblica Salesiana (1998), Catholic Biblical Association (1998), Society of Biblical Literature (1999) and Polish Bible Society (2004).