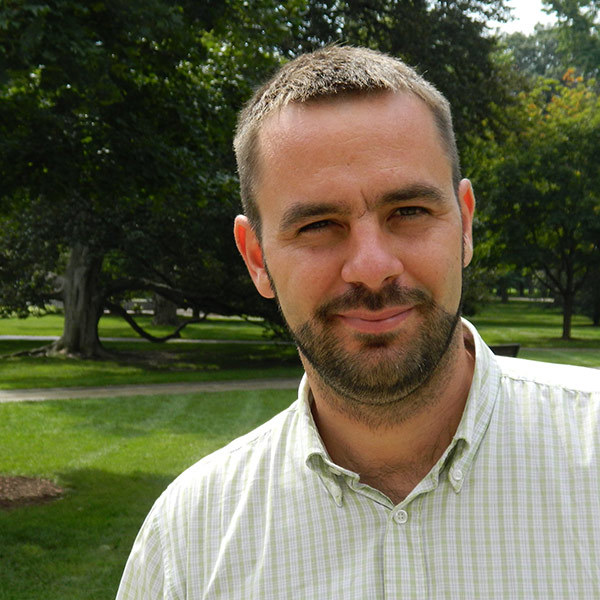 Dr. Hrvoje Kekez was born in Zagreb (1980) where he studied history and archive sciences at Faculty of Philosophy of University of Zagreb, and graduated in 2004. After receiving his university diploma (MA) he worked in Croatian State Archive in Zagreb (2005-2006). In 2006 he transferred at the Department for Medieval History of the Croatian Institute of History in Zagreb and became PhD candidate at Centre for Croatian Studies of University of Zagreb. In February 2012 he successfully defended his PhD thesis “The Noble Babonići Kindred until the End of 14th Century”, at the same university. During his research period he visited archives in Zagreb, Ljubljana (Slovenia), Vienna (Austria) and Budapest (Hungary). As PhD candidate he was on research study at Institute for Medieval Study, University of Leeds, and Institute of Historical Research, University of London (2009-2010). He was fellow at Nanovic Institute for European Studies of Notre Dame University (Indiana, USA, 2014). Hrvoje Kekez is Assistant Professor of History at the Catholic University of Croatia, one of the youngest Catholic universities in Europe and one of the newest members of the Catholic Universities Partnership. His research interests include medieval Croatian and Slavonian nobility, topography, urbanism, and archival science. He is the author of six authorized books, editor of two conference miscellaneous, twenty scientific papers and numerous reviews, as well as other papers in Croatia and abroad. So far, he gave a speech on thirty international and domestic conferences or colloquiums.He is an external member of Lexicological Institute “Miroslav Krleža” and contributor of the international project “International Medieval Bibliography” hosted by the Institute for Medieval Study, University of Leeds.

There are several aspects of my stay at Nanovic Institute that I want to specially emphasize. First, I want to underline that during my stay at Nanovic Insitute I have conducted research on the proposed research project which main goal was to find substantial amount of material (books, articles) that deal with of the social, religious and political geography in the high and late Middle Ages, therefore most of my research work I have conducted in Hesburgh Library. This work became the great success because I was able to study various books and scientific journals, hardcopy or in electronic shape, which are not accessible in Croatia or its nearby region. Even more, the interlibrary loan system I have use on high extent in order to study materials available in other universities in USA or Canada.

The second aspect of my stay at Nanovic Institute that I want to underline was opportunity to meet various Notre Dame scholars as well as other visiting fellows at Notre Dame (mostly from Europe), who are experts in particular fields. The exchanging of knowledge, various opinions and research methodologies has improved my skills and research approaches not only in medieval studies, but even more in European studies in general. Hence, I want to underline various lectures organized by Nanovic Institute which were usually followed by vivid discussions. These discussions gave me excellent opportunity to meet prominent scholars in the field.     The third aspect of my stay that I want to underline was opportunity to familiarize myself with the organization of higher education in USA, especially at University of Notre Dame. This was very important not only for me, as a young scholar and assistant professor, but also for Catholic University of Croatia which is newly founded and growing intuitions.

Finally, I want to emphasize the importance and the role of the staff of Nanovic Institute during my stay at their Institution. Professor McAdams and his team have made great effort to make my stay at the University of Notre Dame as pleasant as possible. Not only that they offered me all organization support what, among many other things, includes office and all on-campus resources, they made me feel very welcomed in any time of my stay.

At the end I want to say that my stay at Nanovic Institute for European Studies improved me very much as scholar and university professor, but it has also enriched my personality in various often unexpected ways.