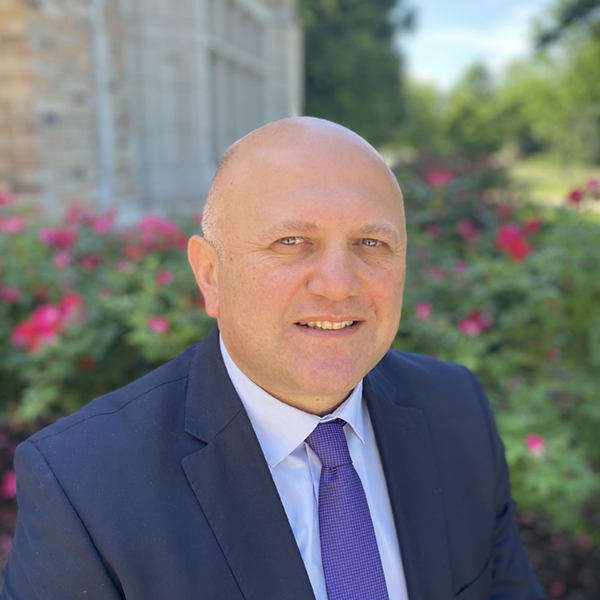 George Goradze is a professor of law and dean of the faculty of law at Sulkhan-Saba Orbeliani University in Tbilisi, Georgia. He is also director of the Educational Research Center. His research focuses on constitutional law, in Georgia and internationally. During his time at Notre Dame, Goradze will work on a project that studies the forms and dynamics of the relationship between federal and state governments in the modern era, specifically in the 21st century, and the role of the Supreme and Constitutional Courts in the United States', Canadian, and European federations.

Goradze has been a lawyer for over two decades. He has taught at Georgian Technical University, East European University, and others, and has worked for the Georgian government in the Ministry of Refugees, the Ministry of Corrections and Legal Assistance, the Department of Statistics, and the Penitentiary Department.