Writing a great senior thesis in European studies is certainly possible without setting foot in Europe, but a thesis or capstone project that incorporates first-hand research sets the project apart.

During the disintegration and devolution of the British empire, the British brutally suppressed insurgencies in Kenya and Malaya. What was the economic rationale behind the counterinsurgency? Daniel DeToro ('17) spent a week in the National Archives in London poring over original documents from the period.

A grant from the Nanovic Institute can have a demonstrable, transformative impact on a student’s future. Whether it be through the experience of independent research, a professional internship, conference presentation, or international service, all students return to Notre Dame profoundly shaped by their encounters with Europe.

The chance to travel to the National Archives was invaluable to my senior thesis and gave me first-hand experience doing archival research. Being able to see documents directly from the period I was studying allowed me to gain a far better understanding of the mindset and ideals guiding the politicians and civil servants managing the British counterinsurgency.

Emergency Economics: The Economic Origins of British Counterinsurgency at the End of Empire, 1945-1963 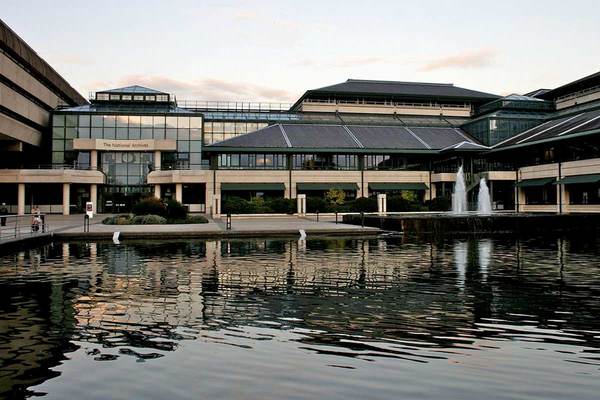 After World War II the British dissolved parts of their Empire immediately, like India and Pakistan, and fought viciously to keep other parts, like Kenya and Malaya. Why did the British spend so much money and manpower fighting when their treasury was depleted and their armed forces weak? What were the characteristics of these two territories that led the British to engage in prolonged counterinsurgencies? What were the rewards to defeating the Communists in Malaya and the Mau Mau in Kenya?

Typically, the post World War II British Empire and its fate is discussed in a political or international relations manner. The disintegration of the empire is seen as a natural and inevitable death and the beginning of the Cold War and the eventual path to American global hegemony. Kenya and Malaya are seen as battles for independence motivated by anti-colonial sentiment, racial politics in the case of Kenya and communist ideals in Malaya. The economics of the British Empire postwar are compartmentalized to the economic history bin, with the decline of sterling seen as a seminal moment allowing the rise of the dollar to the preeminent position in global finance. The connection between counterinsurgency and economics is either mentioned in passing or not made at all.

In my time at the National Archives at Kew Gardens in London, England I studied documents from the period before, during, and after the insurgencies in both Kenya and Malaya. Most of the documents came from the Treasury, the Prime Minister’s Office, the War and Defence Offices, the Colonial Office, the Foreign Office, and the successor to the preceding two, the Foreign and Commonwealth Office. Quite interesting were the documents contained in the migrated archives, with the designation FCO 141, that were only recently discovered. These documents described in detail operational decisions about both counterinsurgencies. Treasury and Colonial documents often described the commercial and economic backgrounds of the colonies.

Documents from the Foreign Office and the Prime Minister’s Office were essential to finding the strategic importance of both colonies and making the connections between the economic structures of both colonies and their relationship to the British Empire to the strategic and military decisions made by the Colonial Office politicians in London and the officers and planners on the ground in Nairobi and Kuala Lumpur. Malaya’s ability to contribute dollar earnings kept the sterling from collapsing and its production of strategic materials like rubber and tin were incredibly important to the British Empire and the West. Kenya’s large settler population and their political power, as well as the colony’s agricultural exports, also forced the hand of the British when Mau Mau became a threat to British control of the East African colony.

My findings in the National Archive, in conjunction with other primary documents like newspapers from the era and secondary sources, produce a narrative of British military operations designed to retain colonial assets long enough to allow the Empire to disintegrate through an orderly process thereby avoiding a rush to the exit. It also allowed the British to prevent an economic collapse. My analysis contributes to the synthesis of the political, strategic, military, and economic aspects of the end of the British Empire and the insurgencies in Kenya and Malaya.

The chance to travel to the National Archives strengthened my thesis and gave me first-hand experience doing archival research. Being able to see documents directly from the period I was studying with all the notes and minutes accompanying official correspondence allowed me to gain a far better understanding of the mindset and ideals guiding the politicians and civil servants managing the British counterinsurgency campaigns in Malaya and Kenya. Being able to travel to and research at the National Archives was invaluable to my senior history thesis.