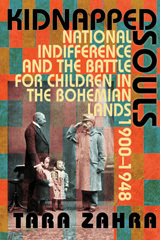 The Nanovic Institute for European Studies is pleased to announce that Tara Zahra has been awarded the $10,000 Laura Shannon Prize in Contemporary European Studies for her book Kidnapped Souls: National Indifference and the Battle for Children in the Bohemian Lands 1900-1948, published by Cornell University Press (2008).

The Shannon Prize is presented annually to the author of the best book in European studies that transcends a focus on any one country, state, or people to stimulate new ways of thinking about contemporary Europe as a whole, and rotates between the humanities and history & social sciences. This is the inaugural award for the history and social sciences cycle, which judged nominated books published in 2008 and 2009.

“A work of extraordinary scholarly creativity and excavation, Tara Zahra’s Kidnapped Souls: National Indifference and the Battle for Children in the Bohemian Lands 1900-1948, explores Czech-German relations in the first half of the twentieth century to address from a fresh archival angle larger questions about national identification, indifference, and the use of constituencies for national agendas. Working deeply in multiple national archives, Zahra examines policies toward children and schooling in a border region of Bohemia in which partisans of Czech and German identity competed for allegiance. Without ever losing sight of big questions or Hauptpolitik, Zahra enlivens every page with vivid detail and takes us into ordinary lives to show not that national identity is merely a matter of cultural and political circumstance, but that particular circumstances cause claims on identity to work in different ways. A model monograph, with interesting lessons for the future of multilingualism in European educational systems.” 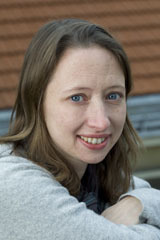 Zahra will accept the award and present a lecture in the fall semester of 2011 at the University of Notre Dame. Zahra is Assistant Professor of History at the University of Chicago (Associate Professor as of July, 2011), where she has been teaching the history of Modern Central and Eastern Europe since 2007. Her research focuses on transnational approaches to the history of Modern Europe. She aims to challenge nationalist approaches to European history, and to integrate the history of Eastern Europe into broader histories of Europe and the world. Recent work has focused on the history of nationalism, the family, displacement, and international humanitarianism in the twentieth century. Before coming to Chicago, she was a Junior Fellow in the Harvard Society of Fellows, and completed her Ph.D. in History at the University of Michigan. Her next book, The Lost Children: Reconstructing Europe’s Families after World War II is forthcoming in 2011.

The Nanovic Institute for European Studies at the University of Notre Dame is committed to enriching the intellectual culture of Notre Dame by creating an integrated, interdisciplinary home for students and faculty to explore the evolving ideas, cultures, beliefs, and institutions that shape Europe today. For additional information about the Nanovic Institute, the Shannon Prize, and the authors, please see nanovic.nd.edu.