Krzysztof Zanussi, a leading figure in contemporary European cinema, will deliver the 2015 Nanovic Forum Lecture at 5:00 p.m. on Wednesday, September 9, 2015, in the Eck Visitors Center Auditorium at the University of Notre Dame.

Sponsored by the Nanovic Institute for European Studies, the lecture, entitled “Strategies of Life: How to Have Your Cake and Eat It, Too” is free and open to the public. In addition, Zanussi will deliver remarks about his experiences with Boris Yeltsin and Vladimir Putin on Thursday, September 10 at 12:30 p.m. in McKenna Hall, room 200.  He will also introduce his latest film, “Foreign Body” at a public screening at the Browning Cinema at DeBartolo Performing Arts Center on Thursday, September 10 at 7:00 p.m.  He will conclude his visit with a luncheon and film screening hosted by the Nanovic Institute at the Gene Siskel Film Center in downtown Chicago on Friday.

Born in 1939, Zanussi studied physics and philosophy before turning to cinema in 1966. Making his first film shortly thereafter, he became the artistic director, producer, and eventually president of TOR Film Production. A key figure in Poland’s post-war cinema, and particularly known for his “cinema of moral anxiety,” Zanussi has won major film prizes at Cannes, Venice, and Leipzig, as well as prizes in Russia and international festivals outside the west. He has also directed theatrical plays from Euripides to Stoppard in theatres across Europe and has directed the staging of operas in Poland, Italy, and Switzerland. He serves as a member of the Pontifical Council for Culture. 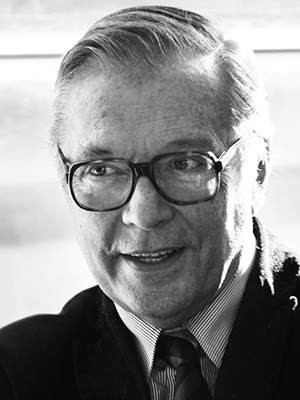 The Nanovic Institute for European Studies established the Nanovic Forum through the generosity of Robert and Elizabeth Nanovic to deepen Notre Dame’s rich tradition of connections to Europe by bringing prominent figures to campus in a wide range of fields to explore, discuss, and debate the most pressing questions about Europe today.  Past speakers have included Lord Patten of Barnes, Chancellor of the University of Oxford; Horst Koehler, former president of Germany; and Hanna Suchocka, former Prime Minister of Poland.  The Nanovic Institute for European Studies is an integral part of the Keough School of Global Affairs at the University of Notre Dame.

More information on Krzysztof Zanussi’s visit and an archive of past Forum lectures is available at nanovic.nd.edu/forum.