His lecture, “Europe and the United States: Friends and Allies, or Rivals?” is free and open to the public. O’Sullivan will discuss the complexities that challenge and provide opportunities for American-European relations.

“Having hosted Ambassador O’Sullivan in Washington, D.C., last year, I am delighted he is now able to come to Notre Dame to share his perspectives with faculty and students,” said William Collins Donahue, Director of the Nanovic Institute for European Studies and the Rev. John J. Cavanaugh, C.S.C., Professor of the Humanities at the University of Notre Dame. “He brings singular clarity and eloquence to a complex set of issues.” 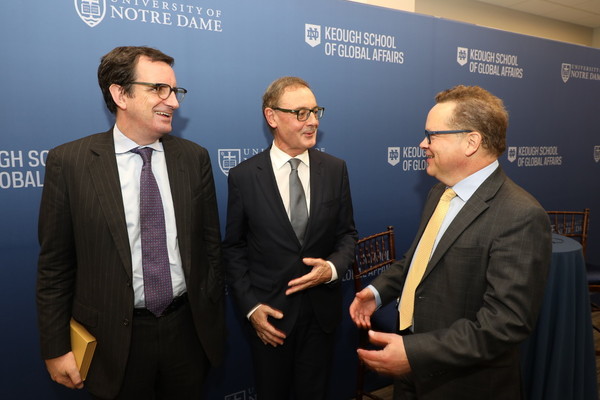 William Collins Donahue (right) in discussion with O'Sullivan (center), and Thomas Wright (left), Director of the Center on the United States and Europe at the Brookings Institution, at the Keough School's Washington D.C. office.

The Nanovic Forum brings European leaders from a variety of academic, cultural and professional fields to Notre Dame to discuss issues of major importance in Europe today. The forum was established in 2011 through the support of Robert and Elizabeth Nanovic.

David O’Sullivan has extensive and distinguished experience as a diplomat. He was appointed as the EU Ambassador to the United States from 2014 until 2019 and as Secretary General of the European Commission from June 2000 to November 2005. He also served as Head of Cabinet of the Commission to President Romano Prodi and Director General for education and training.

A graduate of Trinity College, Dublin, O’Sullivan holds honorary doctorates from his alma mater and from the Dublin Institute of Technology. He serves as a visiting professor at the European College of Parma. O’Sullivan has extensive social and employment policy experience, as well as a rich background in economics. In June 2014, he was awarded the EU Transatlantic Business Award by the American Chamber of Commerce.

“The Nanovic Forum, thanks to the ongoing generosity of Bob and Liz Nanovic, offers a valuable opportunity for the institute to connect with Europe and to reflect on the complexities of contemporary issues,” Donahue said. “Ambassador O’Sullivan will also engage with students and faculty in various smaller settings — over meals and coffee, and in several classes. The real genius of the Nanovic Forum is its ability to ignite conversations in multiple places all over campus.” 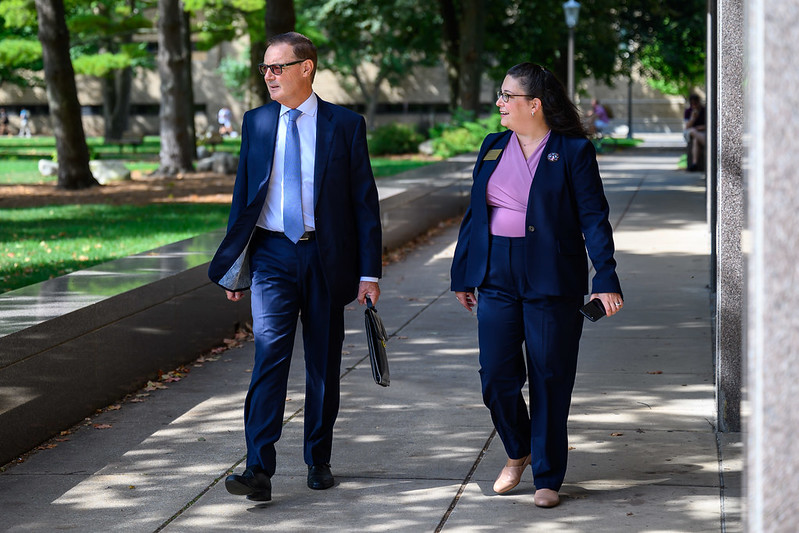 The Nanovic Institute for European Studies at the University of Notre Dame is committed to creating an interdisciplinary home for students and faculty to explore the evolving ideas, cultures, beliefs, societies and institutions that shape Europe today. The institute is an integral part of Notre Dame’s Keough School of Global Affairs.

A complete list of the Nanovic Forum series and a video archive of the past lectures are available here.