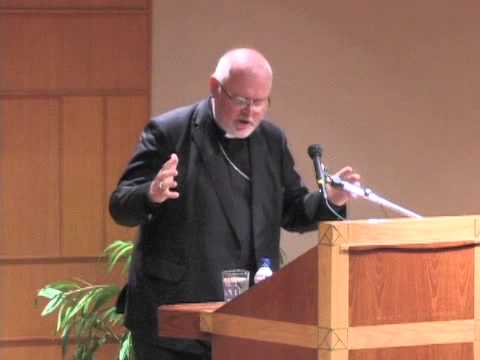 Reinhard Cardinal Marx, Archbishop of Munich and Freising, was invited to give the 2010 Keeley Vatican Lecture. He delivered a lecture entitled “The Social Message of the Church in the Context of Contemporary Challenges.”

Marx was appointed in 2001 as the Bishop of Trier, the oldest diocese in Germany. In 2007, Pope Benedict XVI appointed Marx as the Archbishop of Munich and Freising, a post that was previously held by the pope.

In 2009, the archbishop published the book “Das Kapital,” using the same title as the 19th-century work on political economy by Karl Marx, intending to highlight the value of Catholic social teaching in a globalized world. He argues that “capitalism without humanity, solidarity and the rule of law has no morality and no future.”

The annual Terrence R. Keeley Vatican Lecture provides the Notre Dame community with the opportunity to interact with distinguished representatives from the Holy See and significant dioceses of Europe. Past lectures have included addresses by Archbishop Angelo Amato, Prefect of the Congregation for the Causes of Saints and Archbishop Celestino Migliore, Permanent Observer of the Holy See to the United Nations.

More information on the lecture and the series is available on the Web at http://nanovic.nd.edu.