2007 - “Catholicism and Islam: Points of Convergence and Divergence, Encounter and Cooperation”

2007 - “Catholicism and Islam: Points of Convergence and Divergence, Encounter and Cooperation” 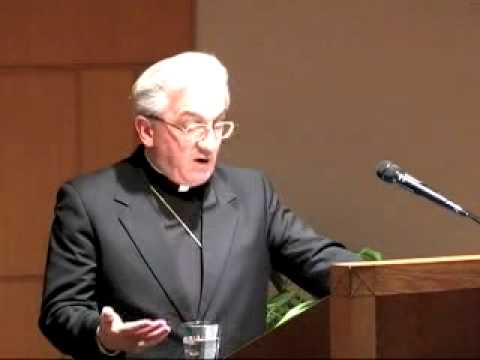 Archbishop Celestino Migliore, the Vatican’s permanent observer to the United Nations, was invited to present the 2007-2008 Keeley Vatican Lecture. He delivered a lecture entitled “Catholicism and Islam: Points of Convergence and Divergence, Encounter and Cooperation.”

A native of Cuneo, Italy, Archbishop Migliore earned a master’s degree in theology at the Center of Theological Studies in Fossano and a doctoral degree in canon law from the Pontifical Lateran University in Rome before joining the Holy Sees diplomatic service in 1980.Before being appointed to his present position in 2002, he served in a variety of posts in Angola, the United States, Egypt, Poland and France as well as in the office of the Vatican Secretariat of State, where he worked on fostering relations with Asian countries which have no formal diplomatic ties to the Holy See. He also has served as a visiting professor of ecclesiastical diplomacy at the Pontifical Lateran University.