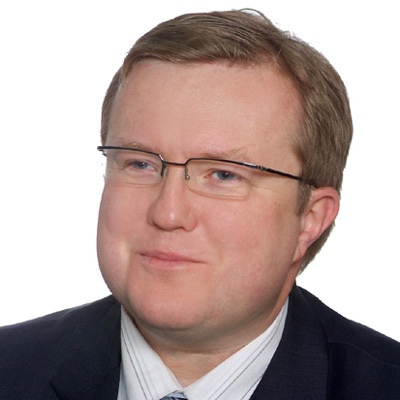 The lecture is free and open to the public.  Lunch will be available while supplies last.

The dramatic events in the Middle East and the outbreak of the Ukrainian crisis have radically changed the situation in the southern and eastern neighborhoods of the European Union. Destabilization of these strategically important regions has had a significant impact on the size of migration flows entering the European Union. The massive influx of refugees and economic migrants from MENA is a serious problem that affects the internal and foreign policy of many European countries. A less known phenomenon is the mass migration from Eastern European countries to the European Union—in particular, Poland. The increasing number of migrants from Ukraine, Belarus, and Moldova, who integrate quickly and well with their host society, casts a new light on the issue of migration processes in the European Union. It is worth reflecting on the opportunities and the long and short term consequences of a new wave of immigration from that direction.

Andrzej Szabaciuk joins the Institute from the John Paul II Catholic University in Lublin, where he serves as Assistant Professor in the Department of Eastern Studies in his university's Institute of Political Science and International Affairs. A specialist in security studies of post-Soviet areas, Prof. Szabaciuk earned his Ph.D. at Maria Curie-Skłodowska University in Lublin and has since published extensively in Polish, Russian, and Ukrainian. He collaborated in writing an award-winning monograph on the Caucasus and South-Russia in 2017 and recently conducted the central research project for Poland's Institute of National Remembrance, for which his research team won international awards. Prof. Szabaciuk has held scholarly fellowships in Ukraine, Estonia, Russia, and Georgia and was an international observer of parliamentary elections in the Donetsk in 2012. Prof. Szabaciuk also serves as Rector Plenipotentiary for the Eastern-European University Network (comprising 23 institutions) and Catholic Universities Networks. His current research focuses on Russian depopulation and the migration policy of the Russian Federation after 2014. View CV