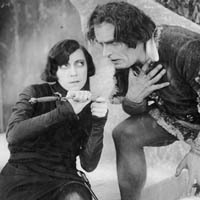 Hamlet is a 1920 silent film adaptation of the William Shakespeare play Hamlet starring Danish silent film legend Asta Nielsen. In this interpretation, inspired by Dr. Edward P. Vining’s book The Mystery of Hamlet, Hamlet is born female and disguised as a male to preserve the lineage. Though a radical interpretation, the New York Times said this film, “holds a secure place in class with the best.” 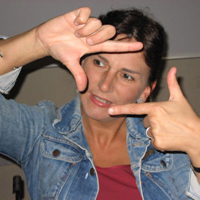 The film will be introduced by Judith Buchanan, Senior Lecturer at the University of York Department of English and Related Literature.

Judith Buchanan is Senior Lecturer in Film Studies at the University of York (UK) where she runs the Film and Literature Programme. She is the author of Shakespeare on Film (Longman-Pearson, 2005) and of Shakespeare on Silent Film: An Excellent Dumb Discourse (CUP, 2009). She has authored numerous articles on silent cinema, cinematic authorship, the body on screen and on Shakespearean, Biblical and Dickensian adaptation for the cinema. She provided the expert voice-over commentary to the British Film Institute’s Silent Shakespeare DVD and speaks regularly at arts cinemas as well as to academics. She teaches both Shakespeare and Film Studies.

Sponsored by the Nanovic Institute for European Studies, Shakespeare at Notre Dame and the University of Notre Dame’s DeBartolo Performing Arts Center.