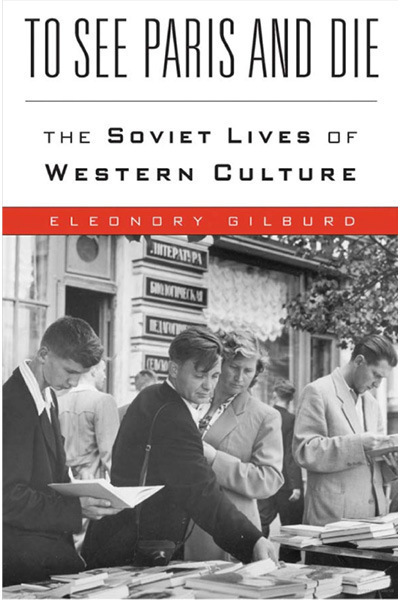 Associate Professor of History and the College, University of Chicago

To See Paris and Die: The Soviet Lives of Western Culture

A masterly and engrossing performance,To See Paris and Die: The Soviet Lives of Western Culture reveals just how ambiguous the Soviet Russian relationship was with Western people and art. In her remarkable and stunningly comprehensive work of scholarship, Eleonory Gilburd has the pulse of the people at her fingertips as she deftly counterpoints the ‘thaw’ of the 1930s with those of the 1950s and ’60s.

From the long view of Soviet national politics in the international arena, Gilburd cuts to definable cultural sectors such as popular music and cinema, book publishing, and translation delivering the texture of experience during this period. Events such as foreign art exhibitions, book fairs, or the French and Italian film weeks allow Gilburd to track fashions and debates at the micro-level of individual responses, as well as through the usual introductions and pamphlets. Gilburd also offers a range of colorful vignettes of government disapproval, such as the story of Kruschev sleeping through much of a Fellini film at the Moscow Film Festival.

Well-structured and jauntily written, To See Paris and Die succeeds because of its panoptic brio, audacious look at popular responses to cultural forms, accessible style, and a sustained sense that, within its pages, the destiny of Europe is at stake.

Lecture: “Translation and Closed Borders: The Case of the Soviet Union at Mid-20th Century”