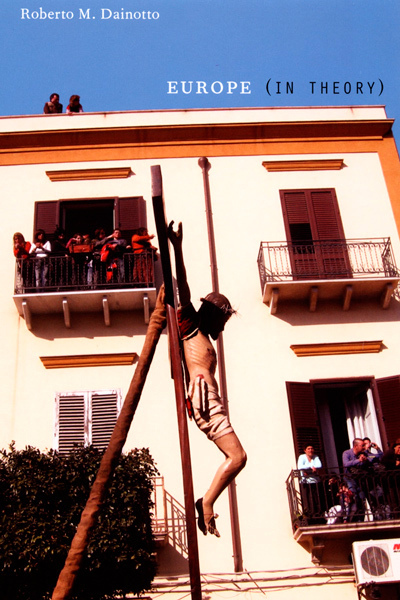 Written by an academic but readable by all, Dainotto’s Europe (In Theory) incisively analyzes how important theories about Europe have long relied on the construction of an “Oriental other” within Europe’s own borders. Showing how Europe’s southern territories were used in this way, Dainotto’s book transcends a focus on any one country and places Eurocentric ideology into serious question more generally. His work contains original reworkings of genealogies such as those of European history and European literature, and first-class analyses of Montesquieu, Voltaire, Madame De Stael, and Hegel. Thus, Europe (In Theory) presents an admirable synthesis of the critical and theoretical literature on the history of the idea or theory of Europe and offers a critical perspective on the question. Forceful, biting, compelling reading.

Christopher B. Fox
Professor of English Emeritus
Former Director of the Keough-Naughton Institute for Irish Studies
University of Notre Dame