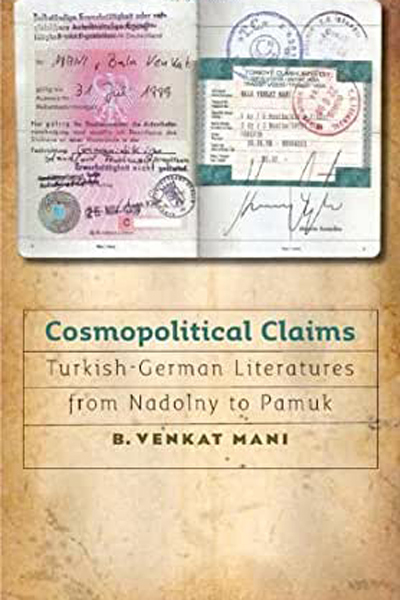 Professor of German, University of Wisconsin-Madison

by B. Venkat Mani

An illuminating and conceptually ambitious work, Mani’s Cosmopolitical Claims offers a wide-ranging, nuanced, and provocative analysis of concepts of multiculturalism, interculturalism, and the category of “minority” literature. An apparently “modest” project of literary history (as the author himself calls it), the book opens into a major engagement with an international set of theorists whose ideas are subjected to careful critique. It is an important book on an exceedingly important topic.

Christopher B. Fox
Professor of English Emeritus
Former Director of the Keough-Naughton Institute for Irish Studies
University of Notre Dame