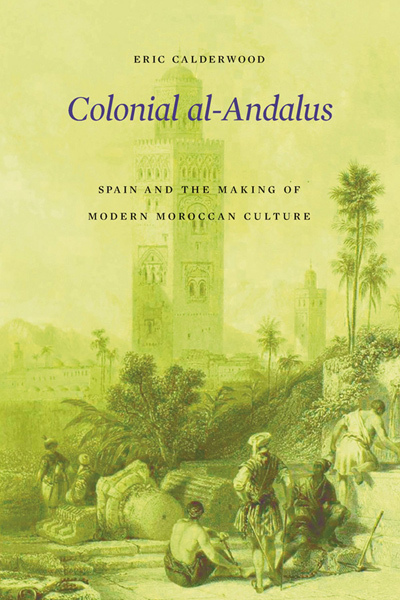 Associate Professor in Comparative and World Literature, University of Illinois at Urbana-Champaign

Colonial al-Andalus: Spain and the Making of Modern Moroccan Culture

We have many accounts of “moorish” influences in Spain, but almost none of the lingering shadow of the Spanish presence in Morocco. Colonial al-Andalus offers an original, deeply researched, and compelling narrative of a relationship of increasing international importance. With exemplary analyses of Spanish- and Arabic-language texts that demonstrate the pervasiveness of the “myth” of Andalusia in both Spain and Morocco in modernity, Calderwood’s work is well documented, vivid in style, and timely.