Internationally acclaimed filmmaker and photographer Wim Wenders screened his most recent film, “Pope Francis: A Man of His Word,” in the Leighton Concert Hall of the DeBartolo Performing Arts Center on November 7, 2018. The screening, under the theme of "The Catholic Artistic Heritage: Bringing Forth Treasures New and Old,” was the second in a series of keynote events part of the 2018-19 Notre Dame Forum.

Wenders began his visit with a brief tour of the University. Representatives from the Nanovic Institute for European Studies and the Office of the President ensured Wenders had the opportunity to take in Notre Dame's noteworthy landmarks as well as observe picturesque views of the campus and football stadium.  Wenders then sat down with Notre Dame German and Film students for an interview about his life and work, which is scheduled to be published in the forthcoming volume of andererseits: Journal of Transatlantic German Studies. 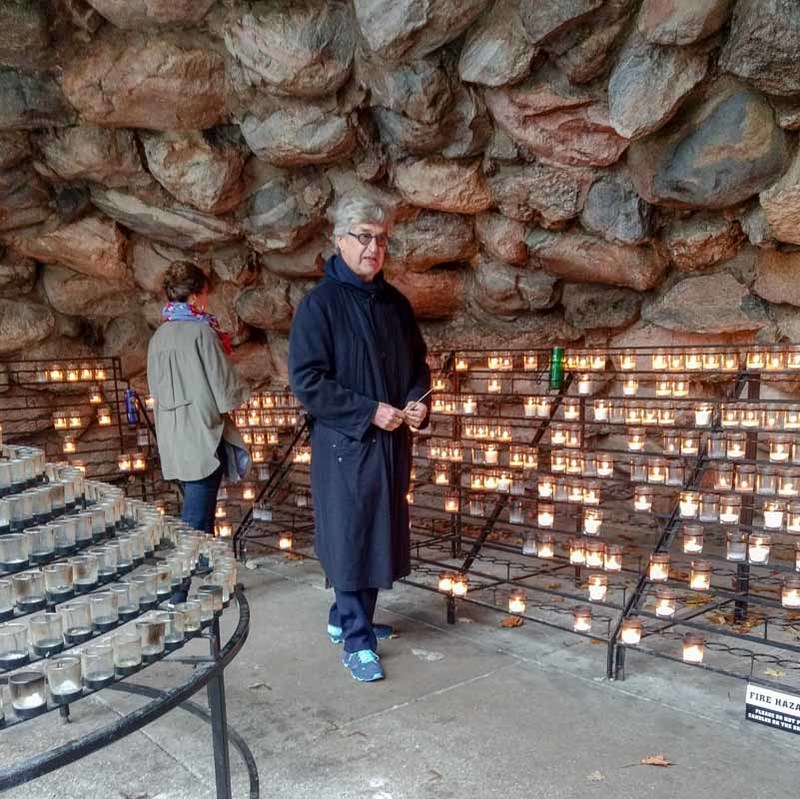 Wenders at the Grotto of Our Lady of Lourdes, a special place to those in the Notre Dame community.

In the late afternoon, Wenders visited Notre Dame Studios in Corbett Hall. The Nanovic Institute organized this visit because one of its former grant winners, Javi Zubizarreta (‘11), serves as Senior Producer of GrottoND, an international studio focused on producing short films.

“After a tour of the production facilities and workspaces,” said Anthony Monta, Associate Director of the Nanovic Institute, “Wenders spoke with Zubizarreta about the means and strategies of representing religious faith in modern media.” The conversation included John Nagy, Managing Editor of Notre Dame Magazine, and John O'Callaghan, Associate Professor of Philosophy and Director of the Jacques Maritain Center at Notre Dame. 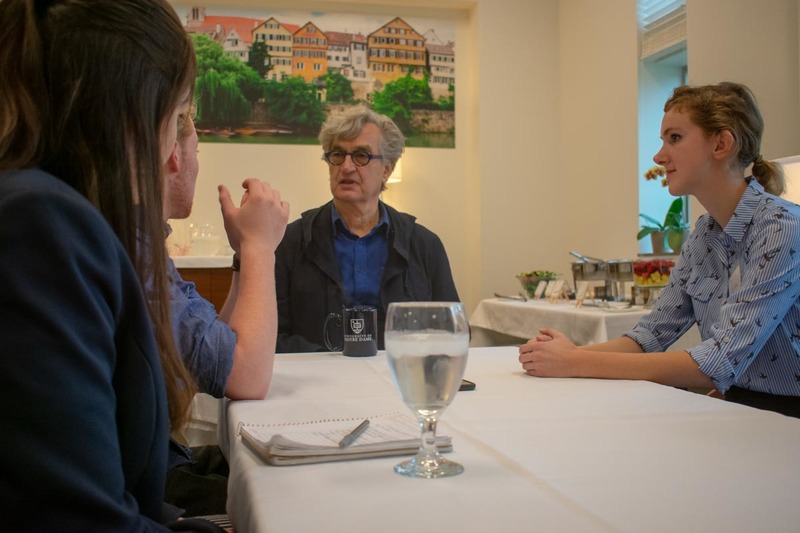 The night’s screening began with opening remarks from Jim Collins, Professor and Chair of the Department of Film, Television, and Theatre, President Rev. John I. Jenkins, C.S.C, and Wenders himself. Following the screening, a panel of Notre Dame scholars and students sat with the filmmaker to address critical questions and themes from the film. Panelist Laura Migliore, a Notre Dame senior majoring in Film with a minor in European Studies, claimed that she nearly teared up when hearing of Wenders visit to campus.

“I never imagined that I would meet him, or even sit on a panel with him,” Migliore said. “He's one of the greatest German film directors of all time, and we've discussed his work in several of my classes.” 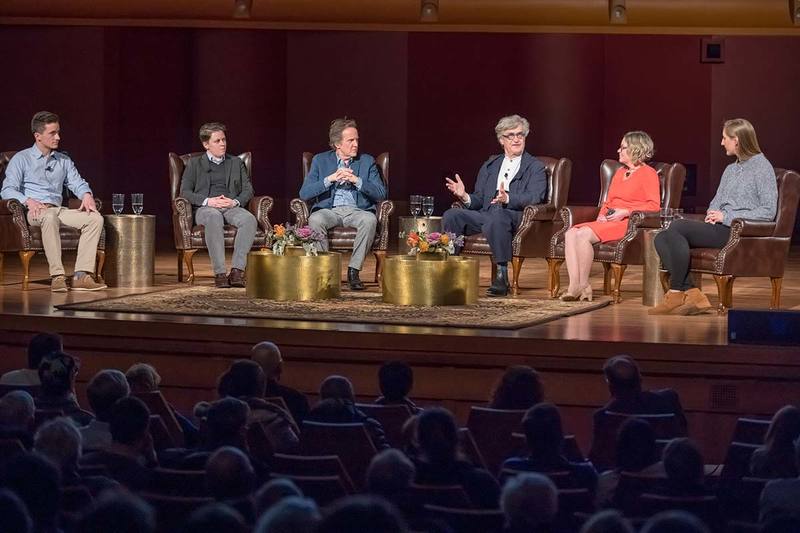 Migliore was not only able to discuss the future of art cinema with Wenders but was also able to ask him directly about his influence as a director on his films and their legacy.

“The interest in high-quality cinema and documentaries is dwindling and it's really a tragedy,” Migliore said. “[Wenders] has such a personal relationship with every film he makes. His work is an amazing culmination of my studies, and I consider his visit to Notre Dame a highlight of my college career.”