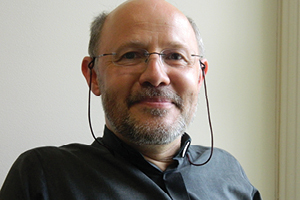 Rev. Marek Lis is a specialist in religion and the cinema. Coming from a political  situation where such studies were once officially prohibited, he has been part of a pioneering generation of scholars and now chairs the department of Homiletics, Media & Communications at Opole University, located halfway between Vienna and Warsaw. Fr. Marek has published articles on Krzysztof Kieślowski and Krzysztof Zanussi; his most recent monograph is entitled Cinematic Transformations of the Gospel (2013). He has served on ecumenical juries at Cannes, Warsaw, Fribourg, and Yerevan and is an avid photographer. 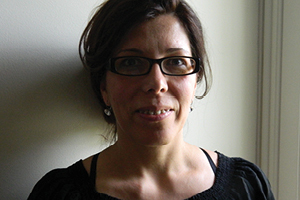 Dr. Gabriella Reuss is a Senior Lecturer at the Institute of English and American Studies at Pázmány Péter Catholic University in Budapest, Hungary. A specialist in early modern English literature, Dr. Reuss has lately been comparing the performance traditions of King Lear in England, Ireland, and Hungary during the nineteenth century. She plans to spend a lot of time in Hesburgh Library, reading the latest monographs on Shakespearean performance, examining the Irish Theatre Collection, and eighteenth-century “acting copies” of early modern plays. Active in the European Shakespeare Research Organization (ESRA), Dr. Reuss’s overall aim at Notre Dame this summer is to continue to reposition her research within, and for, anglophone scholars.