The arrival of millions of migrants from Africa and the Middle East has begun to destabilize and transform urban and other built environments from Kos to Calais and Lampedusa to Malmö.

In the past, migrants lived outside city limits or in their peripheries. With time, these older peripheries have become new centers, giving rise to what some observers have called “polynucleated” cities.

Where once these towns and cities grew slowly and organically, they are now subject to tremendous external pressures to change rapidly.

What does this process look like as it happens? How can an American student go about studying something so dynamic and complex? 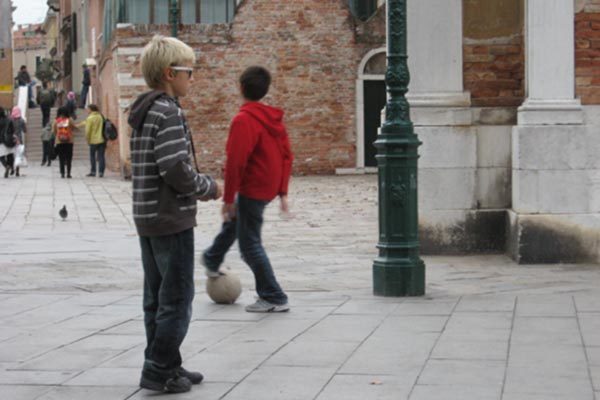 Lucien Steil, Associate Professor of Architecture at Notre Dame, has been co-teaching a course during fall semester 2015 entitled “Of Cities and People.” Students have flocked to the course from multiple disciplines across the university. Enrollment had to be capped at twenty. To increase the interdisciplinary range of the course, Steil brought in Anré Venter from the Department of Psychology to teach alongside him. Together, they have developed a new kind of course with a required class trip to parts of Paris, France, that would never appear on a tourist’s itinerary.

“This pedagogy is a little like chaos, you know,” says Lucien Steil, “but like some forms of chaos, if you handle it right, it can be enormously productive.” After reading and discussing writings from authors as diverse as Léon Krier, Martin Heidegger, Didier Fassin, Mario Luis Small, Michel De Certeau, and Charles Taylor, students in “Of Cities and People” are required to document, discuss, and reflect on living cultures and how their inhabitants are both shaped by, and creatively shape, the built environments around them.

The assumptions of the course challenge the typical ways students tend to view cities. Instead of using conventional concepts like “center” and “periphery,” students are asked instead to perceive and think about more dynamic processes such as identification, orientation, adaptation, exclusion, and participation. Inhabiting a city and making it one’s own is not just a consumerist or passive process, but a creative one.

None of this is esoteric, says Steil: “We have all seen urban spaces that are designed beautifully but don’t ‘work.’ They are empty. But our students also see how even ugly or empty spaces can be seen as frames. They can be taken up and filled in beautiful ways you cannot predict.”

How do Steil and Venter lead students to see cities more holistically? “I think it has to do with trust,” says Steil. “And to build trust, I think it helps for students to travel together, to be dislocated, to experience this dislocation and yet to be cheerful.” Students in the course have visited social housing projects, juvenile detention centers, the ‘banlieue’ neighborhoods of Paris such as St. Denis, and even parts of Detroit. They come to see peripheries as centers that are not their own, and to live with that de-centered sense of identity.

It is a very far cry from tourism. “We want students to develop what we call ‘design thinking,’” says Steil, “which is really an approach to citizenship, you know. It’s thinking about what we do where we are, whether individuals or together, and how we interact, whether it’s small things or big things.”

The connection to questions of citizenship and integration fills Steil and Venter with enthusiasm. “If you give the people who live in certain environments the opportunity to help design them, then we think architecture can even begin to heal.”

Example? The Juvenile Detention Center (JDC) in South Bend, Indiana. This facility has given its inmates the opportunity to re-purpose a particular wing of the center that has fallen into disuse. Steil and Venter’s class will meet with inmates, show them what they have discovered in urban environments they have studied, and then follow up with the JDC after the wing has been re-purposed by the inmates themselves.

Trying to grasp the living reality of Europe’s and America’s changing urban environments is a monumental task. The students have many questions.

But the most urgent question they ask Steil and Venter is: “when are you going to teach this course again?”