The situation in Europe is complicated in every respect. The broadest international framework is a product of the postwar period (1945-) by the United Nations Declaration of Human Rights (1948), which recognized the right of persons to seek asylum from persecution, and the U.N. Convention Relating to the Status of Refugees (A/CONF.2/-108), adopted with 24 votes in 1951. This convention was established to deal with millions of people who were displaced from their countries by the world war. A later protocol in 1967 broadened the definition of refugee and established the UN Commissioner for Refugees (UNHCR) to promote international instruments for their protection and to supervise their application. Another convention (Dublin, 1990) gained the force of a regulation in 1997 -- and so it went, with a growing number of international organizations springing up alongside to monitor the growing and changing regulatory field.

Managing the situation of asylum seekers and/or refugees at any level -- international, national, or local -- has been a challenge. How to meet those challenges in an informed, ethical, and integrated way was the focus of a seminar led by Notre Dame faculty Clemens Sedmak and Ilaria von Wartensee. 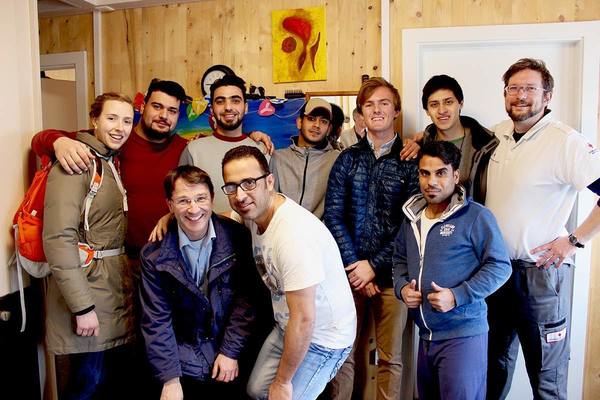 After arriving in Vienna, students were taken to meet the leaders of Red Cross Salzburg to learn the broad legal and logistical contours of how Austria manages the influx of asylum seekers and migrants, of which there are about 4,000. The next day, students traveled to nearby Seekirchen, a village of 10,000 inhabitants, which has been housing young male asylum seekers from Afghanistan, Iraq, and Syria now for several years. There they conversed with representatives of the local government, the refugee house manager, the refugees themselves, their caretakers, and volunteers.

Mid-week, the students returned to Salzburg to speak with officials both at the federal and regional offices for asylum and immigration. They also toured residential care facilities for unaccompanied minors and refugees and met all those involved, from refugees to caretakers to new host families. Students also met refugees in the latters’ flats. At the end of each day, the students convened with the faculty to debrief and discuss. Following a further exploration of volunteer activities related to refugees in Bad Ischl (upper Austria), the students returned to Salzburg to discuss primary care and labor market issues with another two representatives from the local government. After further seminars with faculty, the group returned to Notre Dame. 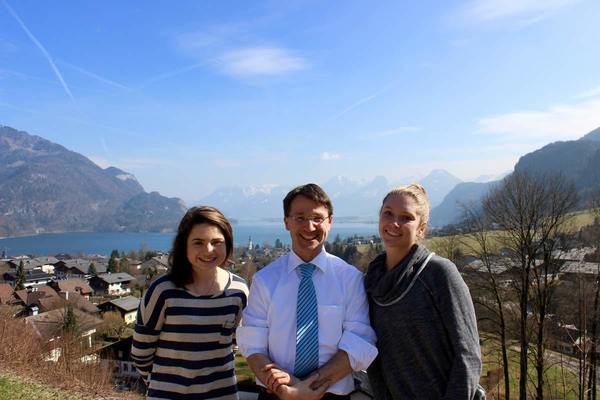 The purpose of the trip was to pilot a one-week credit-bearing course about the refugee situation in Europe that would be grounded in an immersive, detailed experience of that situation. The goal of students in the course would be to develop one practical “social innovation” (a tangible, useful outcome for refugees) as a result of their studies. After preparatory readings, students were introduced to the situation by their professors and professionals on the ground in Austria, heard what the specific challenges were from asylum seekers themselves, saw a variety of best practices, and spent time at several care facilities and residences.

In follow-up sessions at Notre Dame, the students together concluded that three dimensions of the refugee situation in Austria deserve attention and reform: the asylum interview process, the waiting time involved in asylum appeal decisions, and the usefulness of connecting asylum seekers to their fellow seekers around the world.

More details about this seminar will be forthcoming.