Large waves of immigrants helped the Spanish economy prosper after the fall of the Franco regime in 1978. Olivia Till (’17), a Political Science major, received a Break Travel and Research Grant for Sophomores and Juniors to travel to Barcelona and Madrid. While there, she investigated the implications of a young, liberal democracy undergoing a major economic crisis with regard to its attitude, public discourse, and policies involving immigrants. Olivia recently wrote to us about her experience:

The fall of the Franco-regime in the late 1970s led to a Spanish political culture characterized by tolerance, egalitarianism, and openness, which allowed for an unprecedented influx of immigrants in the same era. In particular, young Senegalese men left the job insecurity of their motherland in large numbers for the hope of providence in Spain, coining the phrase “Barcelona or the hereafter.” Yet Spain itself has spent the last demi-decade under economic austerity and persistent unemployment due to the Eurozone Crisis of 2008. Have these tough economic conditions changed the tolerant nature of the Spanish people and their politics? Is an anti-immigrant backlash, which has thus far been held off, in fact inevitable? How have the lives of Senegalese immigrants in Barcelona been affected by both unparalleled diversity and the presence of the singular xenophobic party in the country?

This topic was addressed by Dr. Joaquín Arango’s 2013 paper, “Exceptional in Europe? Spain’s Experience with Immigration and Integration,” in which he posited that Spain would indeed fall the way of the rest of Europe, i.e. into a severe anti-immigrant mentality as a result of economic crises. Through the Nanovic Institute’s Break Travel and Research Grant for Sophomores and Juniors, I sought to corroborate Dr. Arango’s assessment of the Spanish political culture, and to investigate the accuracy of his prediction regarding public tolerance of immigrants. 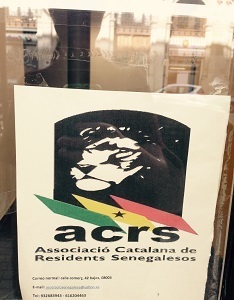 Through interviews with a diverse array of individuals, including an economist, two political scientists, a government official, and the president of the Catalan Association for Senegalese Immigrants (ACRS), I was able to form an understanding of this issue from a breadth of perspectives. Actually traveling to Spain granted me the benefit of first-hand experiences. I felt for myself the palpable divide of the two Spains: the refined, Catholic, conservative culture present in the basilicas, palaces, and gardens contrasts starkly against the socialist, youthful, open and egalitarian world where a “Welcome Refugees” banner drapes across the City Hall and proud displays of various cultures flaunt through the streets. In Barcelona, I observed the Catalan flag hanging from apartment windows, and young men of color collecting metal in the streets and selling counterfeit goods in the squares, ready to run at any moment. The interviews I conducted gave great context for the personal experiences I had in Spain. This was an incredible way to understand the complex questions I had set out to answer.

I have discovered that the Spanish political culture is very deeply defined by the Franco regime’s fall. Openness pervades popular sentiment. Intolerant rhetoric is a death wish for political parties, leading even the most conservative party to avoid the topic of immigration almost completely. Political manipulation of national symbols (e.g. the Spanish flag and the Catholic Church) are not seen as a “call to action,” but rather as a remnant of the intolerant oppression of the Franco regime. The upcoming election will not be determined by a party’s ability to appeal to nationalism (or on the other side, European unity), but rather through its ability to strengthen the government in the wake of the economic crisis through necessary reforms.

Though political parties do not often discuss immigration, immigrants comprise a significant portion of the Spanish population (the majority being from Latin America). Senegalese immigrants, interestingly, have traveled to Spain at decreasing rates in the last eight years. Through the third wave of Senegalese immigrants in 2007-08, the phrase “Barcelona or the Hereafter” became “Barca o morimos” – i.e. “Barcelona or we die” (this involves wordplay with the Spanish word for ship, barco, which is how many immigrants first travel to Spain). It is a great tragedy that the Eurozone Crisis was immediately preceded by a particularly busy time for ACRS, during which they helped 100 people per month (compared to the 60 it now helps annually). Many immigrants found themselves out of their steady construction jobs, and they have since become “manteros” and “chateros” (those young men I witnessed selling counterfeit goods and collecting scrap metal). They are “visible” immigrants – Muslim, of color, and aging – and yet it seems they experience little to no instances of racism, interpersonal or institutional. When I asked during interviews what comprises the “Barcelonan identity,” I was repeatedly told that Barcelona is a mixture of peoples and cultures. It is said that “somos de Barcelona, de orígenes diversos” – “we are all Barcelonan, of diverse origins.”

To assert my conclusion from this exploratory project most succinctly, I contend that Spain has not fallen the way of the rest of Europe in terms of its attitude towards immigrants. Furthermore, its ability to maintain this hospitality throughout the economic crisis and the recovery thereafter belies the point that public tolerance of immigrants is not an ephemeral phenomenon, but rather a distinctive characteristic of Spanish political culture. This conclusion disproves the assertion made in Dr. Arango’s 2013 paper (a conclusion with which he himself concurs), effectively bringing the research on this issue up to date. 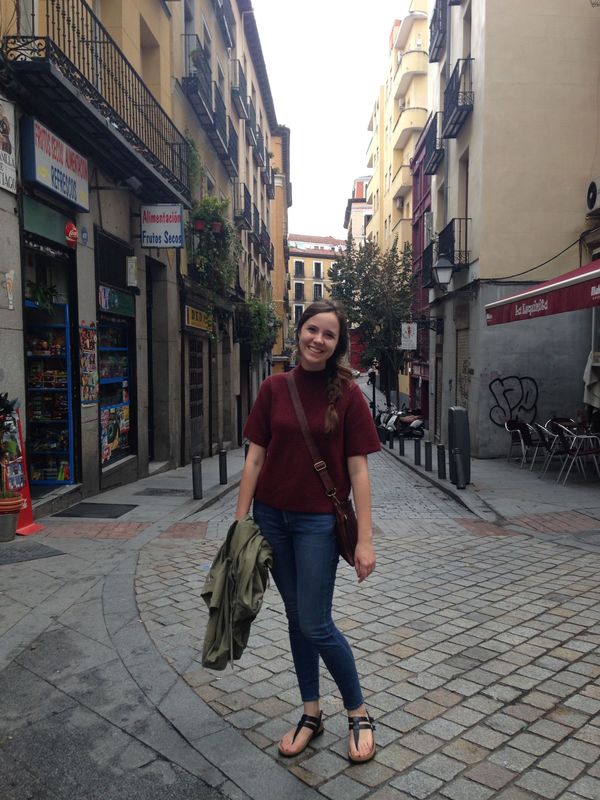 The generous funding of the Nanovic Institute gave me the chance to experience the joy of satiating my curiosity through independent research for the first time. The pursuit of this short-term exploratory project enabled me to understand more deeply the interconnectedness of Spanish history, politics, and national identity vis-à-vis the public tolerance and acceptance of immigrants. Though I have learned much about this fascinating topic, I have found that answers simply lead to more sophisticated, impassioned questions. My time in Spain challenged me in significant ways: I learned to love independent travel, to recognize my cultural bias, and to see every person-to-person interaction as a learning opportunity. These challenges have helped me to grow as both a student of political science and a person. I am excited by the chance to write my senior thesis in the near future, and to experience the thrill of independent research again. I would like to express my utmost gratitude to the Nanovic Institute for making this remarkable experience possible, and in doing so, for reigniting a passion for wondering, wandering, and seeking out answers.