The Pope is universally known as the spiritual leader of the Catholic Church and its 1.2 billion members, but does his influence extend beyond religious affairs? Using Saint Pope John Paul II and Pope Francis as case studies, Justin Pizzimenti (‘17), a double-major in Political Science and Psychology, used his Break Travel and Research Grant for Sophomores and Juniors to travel to Rome and Krakow to examine the political efficacy of the Vatican as an actor in international affairs. Justin recently wrote to us about his experience:

While the Vatican is the headquarters of the Catholic Church, it is also a center of international affairs. With formal diplomatic relations with 176 nations, Permanent Observer status at the United Nations and other international agencies, and a vast network of missionaries, diplomats, and humanitarian organizations, it is no surprise that the papacy’s sphere of influence extends beyond religious affairs. But what role exactly does the Vatican play in international relations, both in history and today? How is it able to articulate its political agenda without any of the formal institutions afforded to traditional states? Is there a model of papal diplomacy? This project focuses on exploring the tenures of Pope John Paul II and Pope Francis, two transformative leaders of the Church, in seeking to better understand the role of the Vatican as an agent in international affairs. With this focus, research questions centered on: What role did Pope John Paul II play in the fall of communism in his native Poland? How does Pope John Paul II’s diplomacy with this issue compare to Pope Francis’ current diplomatic style and agenda?

Much of the previous literature regarding the Vatican’s role in international affairs focuses on how the Papacy is able to be so influential without many of the tools that traditional states have; the Pope is not a foreign policymaker as such, yet the Papacy still has wide-reaching political impact. This research centers on Max Weber’s charismatic authority theory, which claims that leadership and legitimacy stems from the charisma of the leader, where the term "charisma" refers to an exceptional sanctity or character of an individual person and of the normative patterns ordained by him or her. Research also focused on Joseph Nye’s “soft power” theory, which, in contrast to coercion or force, refers to the use of persuasion, appeal, and attraction to exert influence. Further, only recently has scholarly attention been directed at examining Pope John Paul II’s role in the fall of communism throughout Europe. 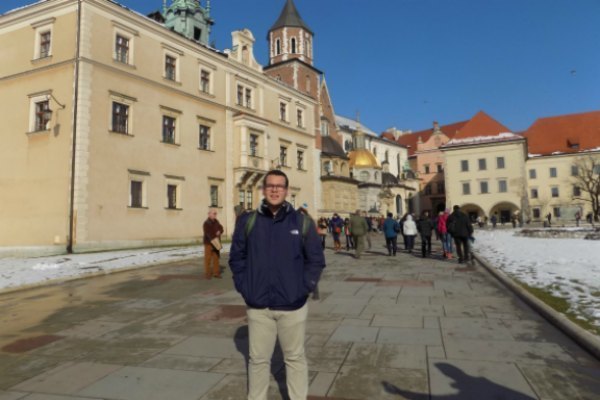 While it is difficult to quantify the influence of Pope John Paul II on the fall of communism, there is no denying his impact on the formation of the Solidarity trade union and the disintegration of the nomenklatura-run ruling party. Archival and museum research revealed that in his time as archbishop of Krakow he avoided direct criticism of the government, but was able to demonstrate his opposition through subversive and symbolic sermons and a political victory in establishing a church in the Communist village Nowa Huta. This theological opposition shifted to a more direct confrontation with his ascendancy to the chair of St. Peter in 1978. Under a year later, during the summer of 1979, Pope John Paul II returned to his native Poland in a trip that has been described by many historians as “a psychological earthquake,” an opportunity for “mass political catharsis,” and by one account, “the trigger that led to communism’s collapse worldwide.” Over the course of nine days and across six cities, upwards of 13 million people gathered to hear him speak as he chastised the Communist authorities, appealed to Poland’s history and identity through celebration of the martyrdom of St. Stanislaus, a Pole who was killed for professing truth in the face of authoritarian rule, and passionately preached transcendental themes of unity, courageousness, and freedom that culminated with his rallying cry, “Be not afraid.” The seeds of peaceful revolution and a transformation of thought had begun—Pope John Paul II did not call for insurgency, but rather empowered the Polish people to live within the truth and essentially abandon the Communist regime. A crucial aftermath of this 1979 visit was the reverberation of emboldened anti-Communist sentiment through neighboring countries such as Czechoslovakia and the formation of the trade union Solidarity. Spawning from local strikes in Gdansk shipyards over price increases, the worker’s movement quickly gained traction around the country. Headed by Lech Walesa, the trade union became more of a social and political movement that strove for human dignity and freedom, and relied heavily on Catholic social teaching. Pope John Paul II continually bolstered the movement through his spiritual guidance and active mediation, like when he wrote directly to Soviet leader Leonid Brezhnev urging him to not dissolve the union.

Further, comparative analysis of Pope John Paul II and Pope Francis revealed important findings that help form a model of papal diplomacy. The two share, most importantly, a sense of boldness with regard to their diplomacy, and a tendency to insert the Vatican into geopolitical and social problems—this helps explain the transformative roles the two play in shaping the Holy See in international affairs. Another clear parallel rests on the use of charismatic authority, as laid out by Max Weber, to advance their individual agendas. This authority is enhanced by a reliance on personal biography of each pope that provides them with unique credibility on important issues—for example, Pope John Paul II’s upbringing in both Nazi-occupied and Communist Poland helped shape his views on Communism and allowed him to resonate strongly with the masses. Both have used the emergence of new media to advance the Papacy’s public agenda and to extend their influence to larger masses. Also worth noting is that both popes have special ties with the President of the United States that helped advance their personal agendas. For example, Pope John Paul II and Ronald Regan, with the shared goal of ending communism, met many times and bolstered the Solidarity movement and underground resistance through a partnership that Time Magazine dubbed “The Holy Alliance.” Despite the strong parallels, the popes do differ on how they relay their agenda. Pope John Paul II relied more heavily on public addresses to crowds, such as his open air masses and public sermons during his 1979 Poland visit. These direct addresses to the Polish people were incredibly important as they reflected his solidarity with the people and served to enlighten the masses directly. This contrasts with Pope Francis’ more careful accommodation and tactful diplomacy that often occurs in private rooms, through printed media, and is directed at international leaders. In this sense, Pope Francis embraces the Vatican in a state-like manner, using more formal diplomatic channels rather than appeals to the masses.

The findings of this research tend to strengthen the current convictions about the role Pope John Paul II played in bolstering the Solidarity movement and bringing about the fall of communism within his home country. It is important to note that this does not solely assume an individual agency approach to the fall of communism in Poland, but acknowledges that Pope John Paul II’s role is complimented by other factors such as economic tension and perestroika reforms throughout the Soviet Union. Nonetheless, this case provides a powerful example to the assertion that the Vatican is uniquely situated as a powerful actor within international relations. Comparative analysis of Pope John Paul II and Pope Francis also reveals important implications for the potential efficacy of Francis’s current political agenda; the historical perspective of John Paul II and Solidarity in Poland allows us to better understand Pope Francis’s current role in international affairs and future decision-making.

Conducting this project has allowed me to strengthen my research skills, such as archival research, that will be beneficial for future projects or career. It has also propelled me to more seriously consider writing a senior thesis on the subject or at a minimum, carry out this project to fruition with a capstone essay or seek publication in Beyond Politics, Notre Dame’s political science journal. Overall, I have benefitted greatly from my research in Krakow and in Rome and am thankful to the Nanovic Institute for their continued support of undergraduate students.