Jean Carlo Yunén Aróstegui, a senior with majors in Film, Theatre and Television and Environmental Science, travelled to Norway over spring break to pursue a project on documenting climate change.  Read more about his experience.

Norway has been constantly ranked among the most sustainable countries in the world. However, despite the measures that Norway takes that are beneficial to the environment, it still faces the threats of climate change, such as glacier melting, permafrost thawing and sea level rise. When facing global problems like climate change, it’s easy to miss the extent that the actions of one country or person can affect the rest of the world. This is when photography comes in. Conservationist photographer Joel Sartore argues that photography does a huge service to the environment in two ways: “It can expose environmental problems as nothing else, and it can help get people to care”. The goals of this project were to compare archival photos of the Lofoten Island with current photographs, with the hopes of exposing the changes that have occurred due to climate change, and to exhort the public to care about their environment by producing a body of photographic work that spoke to the grandness and importance of it. To do this, I visited the Norwegian National Archives in hopes of finding old photos of the Lofoten Island, an archipelago located in the Arctic Circle. Later, I travelled to the area and photographed it, sharing some of the photos on social media, with some information related to the locations. 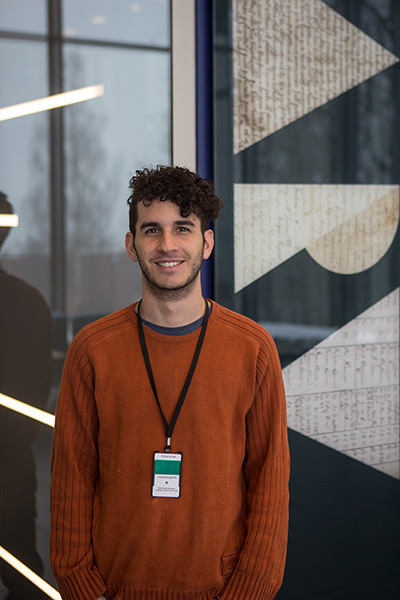 While in Oslo, I was able to go to the National Archives and made an inquiry in person regarding photographies of the Lofoten Islands. They were not able to find any photos that would aid in my project at the time. However, since I had emailed them some time earlier, my online request came through, a week after I had left Norway. I was sent some photos of the Lofoten Island, unfortunately, they were not good enough to identify changes with the ones I had taken. One thing that was striking was the presence of glacier formation in two photos from 1900-1910, which were absent 100 years later. This would support the evidence for a constant rise in world temperature throughout the century, however, the big year gap doesn’t necessarily help in distinguishing the reason for the absence of glaciers.

When visiting the islands, the weather conditions didn’t help much to the taking of photographs, the heavy rains that affected the camera lens. While it was rainy and cloudy most of the time I was there, I was able to gather a great many images that I’ve curated afterwards. Some of those photos were shared on social media platforms with data regarding environmental protection of the Arctic, which had a good reception. From this photographs, I’m developing a concise portfolio of about 20 photos that will serve to advocate for environmental preservation. I have not yet found a venue for exhibiting, but at the moment, I’m in talks to produce photographic exhibitions linked with environmental writings to be put over the summer in the Dominican Republic. While I’d like to exhibit them in the United States, I recognize the value of sharing in a country that does not experience similar weather conditions, yet, climate change being a global issue, both countries are affected by each other, and perhaps, the presence of oceans and islands will be a unifying theme. 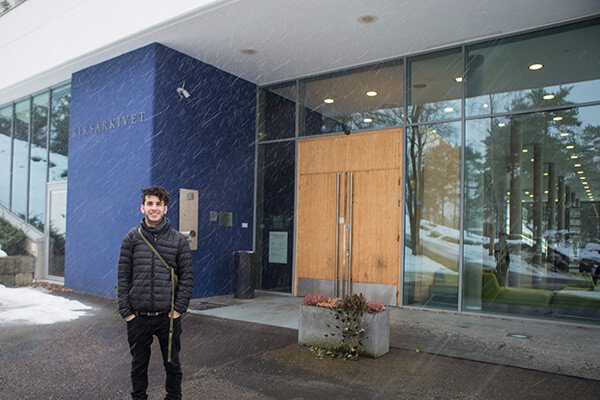 One of the first things I discovered was that that the Norwegians were the best defenders of their environment. When talking about my plans with a couple of them, I was bombarded with recommendations of places to go and what to photograph. While I was warned by a Bed and Breakfast owner of the importance of respecting the islands for their treacherous weather, was constantly reminded of the magic that the place had, from family significance to personal experiences, a magic that I experienced the moment I got off the plane. The respect for the environment combined with its respect for the islands has lead to the development of a community that still lives off the land in the shape of glassblowers, fishermen and blacksmith. Observing this has inspired me to keep developing the stories around the Lofoten Island and in the future, not only focus on the environment itself, but on the people that inhabit it and how they relate to it, with the hopes of taking away lessons that could influence our own lifestyle.Sharing photographs paired with information can give more exposure to problems related to climate change, and hopefully the combination of visuals can exhort to action those who are knowledgeable but haven’t cared enough yet. However, it’s hard to tell how much exhibiting photographs, be it online or in a physical exhibit, can get people to care about the environment, but if anything, this raises the importance of continuing to do it. Given that I couldn’t complete to depth my first objective of comparing the recent state of the islands to archival photographies, an important issue was brought up, mainly the lack of archival information. Luckily, enough photographers now are documenting the islands and the rest of nature both with artistic and scientific intentions, but it is important to develop an archival body of work that can be used in the future to observe the changes of the environment, hopefully this  project can bring to light the lack of data from previous periods and suggest a correction.