The health of horses, mules, and donkeys was of critical importance in the everyday lives of early modern Castilians. Janice Gunther, a graduate student in History, received a Graduate Break Travel and Research Grant to explore the theory and practice of equine medicine during this period and what it can tell us about human-animal relationships. Janice recently wrote to us about her experience:

In my dissertation project I investigate the theory and practice of equine medicine in early modern Castile, and the related question of how people conceived of equine health and manipulated animals in order to achieve it. Was equine health merely an animal’s ability to do something well to fulfill a human need? What role did affective attachments play in defining equine health? What physical signs or traits indicated that an animal was flourishing? How did the theory and practice of human and animal medicine overlap? Based on these investigations, I will draw broad conclusions about the ways in which people treated animals and conceived of the relationship between equine animals and human beings during this period. The Nanovic Institute has generously supported the beginning of the major six-month research trip for this project, in which I have been conducting research at the Archivo de la Real Chancillería in Valladolid, Spain.

Despite the significance of equine health at all levels of Castilian society and the extensive source base related to their care, much remains unknown about the medical treatments equine animals received and the practitioners who attended to them. In part because of the legacy of the Black Legend, which paints Spain as backward and mired in superstition, Spanish contributions do not feature prominently in narratives of early modern science and medicine in Anglophone scholarship. Furthermore, animal medicine remains peripheral in early modern medical history, despite the importance of animals in the lives of early modern Europeans, the shared medical theory of human and animal care, and the overlap in practitioners. My work will also build on scholarship in animal studies regarding the relationship between humans and animals. Recent edited collections on early modern horses have used the cultural and literary approaches favored in animal studies, but conditions in Castile along with non-elite horses, donkeys, and mules have received little examination. Recognizing the central role of mules and donkeys in Castilian life, I will devote considerable attention to them in my dissertation alongside the horse. 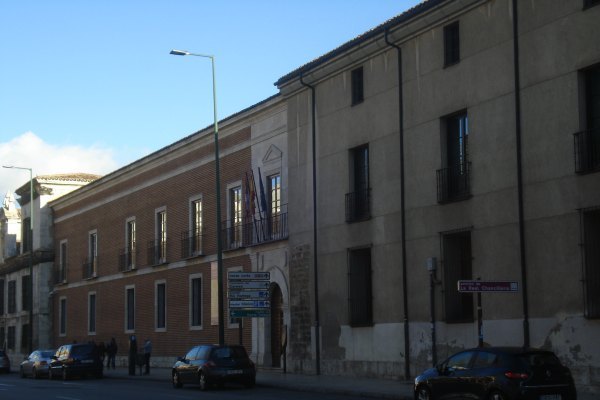 When I arrived at the Archivo de la Real Chancillería de Valladolid, I immediately began to study records of lawsuits involving equine health practitioners and injured animals. Contemporary case summaries exist for a large number of the lawsuits from this court, many of which have been digitized; what are much rarer, and what I have been reading, are collections of documents related to the cases, not only records of all the procedural steps and the ultimate verdict but also the questions asked of witnesses and their testimony. These interrogation records are proving to be incredibly rich sources, for they contain a level of detail impossible in the case summaries. Furthermore, many of the witnesses were equine doctors (albéitares) and farriers who provided expert testimony and/or cared for the animal under consideration; the presence of other witnesses, including muleteers, servants, and even a slave provides evidence regarding non-practitioner views of equine health. An important case so far is one in which someone sued an albéitar for failing to cure his mule, while in another a farrier sued a meat provisioner of the city of Segovia who borrowed his mule and returned it in such poor condition that it died two days later.

The detailed testimony has provided evidence about the actual practice of equine medical care and other related subjects. For instance, in one of the cases several witnesses reported that the albéitar made juncadas, or canes filled with animal fat and other substances, to feed the afflicted mule in order to treat one of its illnesses. The young servant of the mule owner actually recalled cutting the canes to bring to the albéitar to make the juncadas; another albéitar witness elaborated on the components of the medication inside the juncadas, such as honey, sugar, and fenugreek to mix with the animal fat. This treatment corresponds in part to a suggested remedy for the same ailment in one of the most well-known sixteenth-century treatises on equine medicine, though this book lists many more ingredients for the juncadas than the albéitar witness and does not include sugar. In another example, the animal owner claimed that the treatments of the farrier – bleeding, applying a poultice, and cauterization – had killed the animal, rather than his mistreatment of the animal. The albéitares and farrier in the case had a much higher opinion of their own knowledge and experience!

The cases that I have read suggest several important conclusions about the structure and practice of the little-explored subject of equine medical care in early modern Castile. Previous research of mine has shown how albéitares, like farriers, shoed animals on a regular basis and cared for their hooves; the cases I have examined on this trip, though, show how the albéitares set themselves apart from other practitioners. For instance, they refer to their collective experience with regards to certain cures, and use more specific language to label diseases than non-albéitares.  Furthermore, even though farriers knew some basic cures for equine ailments, the farrier whose borrowed mule had suffered maltreatment called three albéitares to treat the animal, showing that he deferred to their expertise. The number of albéitares that I have found in the same geographical location has also surprised me, for some of the existing literature suggests that they were a rarer phenomenon. In addition, the real-world medical practices that I have found both converge and diverge with the contents of prescriptive early modern equine care literature, important for considering the extent to which material in these works reflected actual practice. As in these books, albéitares in the cases invoked the language of humoral theory and sometimes bled the animal – parallels, incidentally, to human medicine. The case of the juncadas shows, though, that the specific pharmaceutical concoction might vary depending on the situation. Finally my research has begun to indicate how people distinguished between individual equine animals based on the tasks for which they were well-suited. In particular, multiple witnesses referred to the mistreated borrowed mule as a valuable animal for lending because it was such a good walker and not very old. Evidence like this will help me to determine how people evaluated their animals and differentiated between them.

My experience in the Archivo de la Real Chancillería de Valladolid has also proved extraordinarily significant from the perspective of professional development. For instance, by reading the paperwork from these lawsuits not only have I increased the speed at which I read early modern Spanish handwriting; I have also become familiar with the procedure of the lawsuits and what sort of documents these collections include. Thus, I am now able to read through these types of sources much more quickly than I could beforehand on account of knowing where to look for the material that will be most useful to me, in particular the testimony of albéitares and farriers. This skill of reading handwriting and working through lawsuits will carry over to future projects and inform how I read secondary literature that uses legal sources. Furthermore, because the degree of albéitar and farrier testimony in these sources is even richer than I anticipated, I have been able to adjust for the better my expectation of the amount of real-world evidence that I will be able to incorporate into my dissertation and budget more time for investigating these sources. I have also begun to form relationships with some of the archivists in Valladolid, who have assisted me in my search for more sources. In fact, by using a database only available at the archive, I have found cases that would have been difficult to impossible to locate using the archive’s web-based database. The research I am conducting here in Valladolid will most assuredly enrich my dissertation and improve its reception. I am very grateful to the Nanovic Institute for generously supporting my studies!