The current refugee crisis in Europe has been at the forefront of our thinking at the Nanovic Institute. On November 12, we are hosting a lunch time-lecture and discussion with Herbert Quelle, Consul General of the Federal Republic of Germany, on Reunification and Refugees: Germany Looks Back and Ahead.  On November 16, we are hosting and moderating a panel discussion entitled Migration to Europe: Situating the Current Crisis. But Grace Linczer ('16), a double-major in Anthropology and Peace Studies, was working with refugees in Europe before the topic reached crisis-level proportions. She received funding from The Dan and Cheryl Commers Endowment for the Nanovic Institute to serve at the Joel Nafuma Refugee Center in Rome. Grace recently wrote to us about her experience:

Every day thousands of tourists from around the world flock to Rome’s most prominent tourist site: the Colosseum. It is one amongst many famous attractions that this city has to offer such as the Roman Forum, the Trevi Fountain, and Vatican City. Having lived in Rome for eight months during 2014, working in the Vatican Museums and then doing a semester of study abroad, I became very familiar with this Rome -- one of history, art, and beauty. This past summer, however,  I returned to Rome to work in a refugee center and experienced my favorite city in a whole new way.

In the shade of the Colosseum, a small park called il Parco del Colle Oppio serves as a gathering place for many of the refugees who have come to Rome in recent years. I was introduced to this park by a staff member at the Joel Nafuma Refugee Center, an organization which offers basic provisions and services to immigrants and refugees in a city where they often experience racial discrimination and social neglect. In the park these refugees, many of whom were forced from their homes due to political strife, gather to escape the Roman heat, socialize, and maybe even play a game of soccer. Those who do not have a house or apartment often spend the night in the park.

I was initially shocked that not even one hundred meters from what is arguably the most visible sight in Rome, these refugees live unseen. Italian legislation is undergoing reforms to better the mechanisms of coping with the huge influx of refugees and immigrants across the Mediterranean. Despite such efforts however, these individuals continue to experience prejudice and hostility from the Italian public. Relegated to the margins of Roman society, these individuals struggle to find employment and adequate housing. With no means of supporting themselves, meeting even the most basic needs can prove an obstacle. 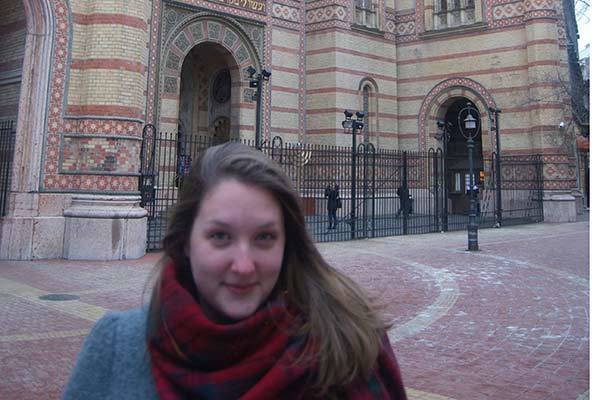 Centers like the Joel Nafuma Refugee Center and the Comunita di Sant’Egidio work to meet these basic needs in addition to providing other services. I was fortunate to help at both these centers and witness the important work they do. Daily at the JNRC, staff serve breakfast and distribute basic hygiene products. In the afternoons, the center offers language classes in both English and Italian. The center also provides psychotherapy and art therapy sessions for those refugees who continue to suffer from the traumas of their displacement. Across the city in the Comunita di Sant’Egidio volunteers run a nightly soup kitchen for the Italian and foreign poor.

In my time working at these centers, I met countless individuals whose harrowing tales of suffering and loss might lead one to believe that they are helpless or despondent. On the contrary, however, I found that many continue to live with hope that their circumstances will improve. By actively engaging in language classes and capacity-building activities, many of the refugees hope to get jobs, earn money, and care for their families. Certainly, there are those whose outlook is not so good and many who require continued therapy and mental health care. In general though, I came away from the summer with a great deal of respect for the resilience and strength of these refugees.

This summer taught me a great deal, but one thing which I will carry with me through the remainder of my academic career and into my professional one is the importance of perspective. When I returned to Rome in early June to start my work at these centers, I thought I had the city and its people figured out. I knew about the dramatic history and beautiful art of the city. I had my Roman friends from whom I learned about the Italian language and culture. My thoughts on the place were set and, at least I thought, accurate. Then I began working with refugees and all my assumptions about Roman life were turned on their head. By changing my point of view from that of a tourist to that of an anathema, I began to see a more sinister Rome. Yes, it is a place of artistry and culture, but it is also a place deeply rooted in old prejudices and affected by an underlying current of xenophobia. It is much more complex than a postcard or tour guide could ever express. I am so grateful to have had the opportunity to return to Rome. In doing so, I have deepened my understanding of the mosaic that is Roman society and the diverse array of people who call the city home.

I would like to offer my sincerest gratitude to the Nanovic Institute for European Studies for providing me with the funding necessary to perform my service work in Rome. In particular, I would like to thank Dan and Cheryl Commers whose generous endowment to the Institute made this entire experience possible.