The collapse of France’s first empire in 1763 redrew the maps of Europe and North America. Garrett Fontenot, a graduate student in the History department, received a Graduate Break Travel and Research Grant to explore what those changes meant for French people around the world in the aftermath. Garrett recently wrote to us about his research:

After losing the Seven Years’ War in 1763, France gave up large portions of its empire in North America to Great Britain and Spain.  Large numbers of French people, however, continued to reside and hold power in places like Québec, Montreal, and New Orleans.  How did people on both sides of the Atlantic understand this confusing situation?  What did the inhabitants think about the abrupt decision of France to abandon these places, and the people living in them, to other European powers?  What can this tell us about how continental Europeans and their overseas subjects understood authority and power?

Historians have approached this topic by exploring the ways in which Spain and Great Britain integrated French Canada and Louisiana into their own empires after 1763, but few have approach the topic from the opposite direction to study the process of disassociation from France.  My work examines this perspective, providing an understanding of the limits of French authority and imperial power. 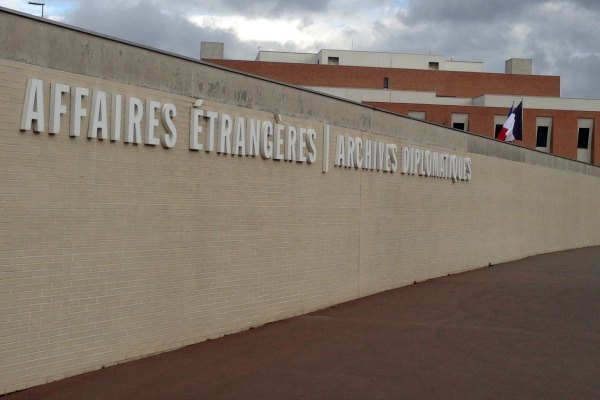 In the Diplomatic Archives of the French Foreign Ministry, located just outside of Paris in La Courneuve, I studied the memoranda drawn up by ministry officials detailing France’s position vis-à-vis its former colonies after 1763.  These included assessments of military strength, wealth, and excerpts of reports from French officials and colonists who had remained behind in North America.

I also followed the correspondence of the French ambassadors to the courts of Spain and Great Britain, the recipients of France’s former colonies.  The correspondence details how the powers negotiated the details of transferring sovereignty over Canada and Louisiana.  These letters also give insight into how French officials conceptualized their responsibilities towards the French nationals in the colonies, now under new rulers.

These materials provide insight into how French officials saw their relationship with their co-nationals across the Atlantic evolve in the aftermath of 1763.  It provides a counterweight to the well-studied British and Spanish response to their integration of two foreign territories.  Likewise, it demonstrates how the French conceptions of subjecthood, liberty, and political participation were evolving on the eve of the French Revolution, as well as how these people were used, or sometimes strategically ignored, as part of large power struggles in Europe.

Having the opportunity to travel to the archive in La Courneuve has provided me not only with a great deal of historical source material to work with in my dissertation, but also with the opportunity to meet with and discuss my project with scholars familiar with other sources to enrich my project. While in France, I met with scholars and archivists who provided me with good leads and valuable contacts to help me as I continue to research and write my dissertation.  In addition, the research I conducted has clarified some of my points in my writing, as well as opened up new dimensions for research.  Based on my research, I had only planned to look at a small set of materials.  In conversation with the archivists, however, I discovered that I had the opportunity to look at a wide range of different types of documents that I had not previously considered, such as the diplomatic correspondence, which proved immensely insightful for conceptualizing my dissertation.   Visiting La Courneuve raised almost as many questions as it answered for me, and the material I collected while there will help reshape and strengthen my dissertation as I move forward.