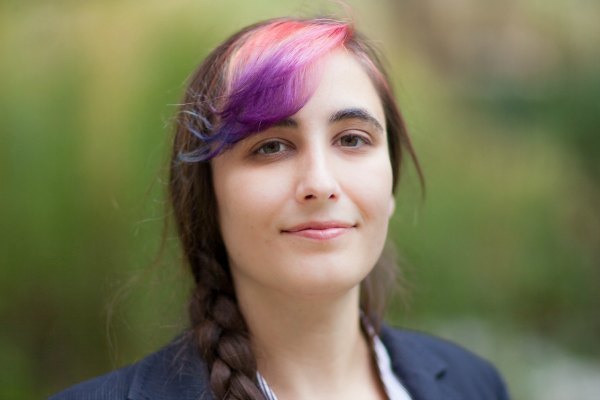 In fourteenth century Italy, merchants became a class of individuals with a unique mindset and worldview. Eve Wolynes, a doctoral student in the History department, received a Graduate Break Travel and Research Grant from the Nanovic Institute to travel to Florence to research how the mercantile class was shaped by travel, distance, and geography. Eve recently wrote to us about her research:

During the fourteenth century, Italian merchants became a unique class of individuals – no longer were they simply members of others classes or professions who only dabbled in trade as a side business, but rather a group who engaged in trade as their primary profession and means of income. And in this process of growing into a separate profession, they increasingly spent their time settled abroad. The reasons for doing so were multifold – it allowed them to circumvent regional protectionist laws that limited the trade conducted by foreigners passing through cities, while it also enabled them to specialize in the goods of a particular region while hiring agents to do the same abroad (or while acting as agent on the behalf of multiple merchants at the same time), which increasingly made for complex, high-volume trade. But how did this time abroad change the merchants who previously had only passed through cities, rather than settling within them? The growth of these complex merchant networks, enabled by sedentary trade, and the process of dislocation from the merchants’ native city and community meant that distance, space and geography became increasingly central to how they viewed their communities, themselves, and the world itself as a whole. As such, through looking at the writings of fourteenth century merchants, we can see how travel and distance became central elements of the unique mercantile mindset and worldview.

Traditionally, when historians have approached the question of merchant migration in the middle ages, they have done so with an eye to cultural interaction and exchange, focusing especially on how the different religions perceived one another, particularly in a framework of tolerance or intolerance. Alternatively, scholars have focused on merchants’ travels as primarily an economic phenomenon, building narratives about the rise of capitalism, long-distance trade and banking. I hope to bring a new approach to scholarship about medieval merchants by looking at how travel and distance, in and of themselves, was central to merchant culture and mindsets, rather than serving as incidental byproducts to the conventionally more important elements of cross-cultural/religious interactions and economic developments.

To look into this question of the role of distance within merchant culture, I chose to focus on texts written specifically by the merchants themselves, and particularly of merchants who travelled extensively and lived abroad for long periods of time. Such sources included the writings and letters of Marino Sanudo Torsello, and the anonymous merchant manuals that served as guides to other merchants on trade and travel abroad. Thus with my Nanovic grant I travelled to Florence and Siena for archival sources of Sanudo’s Opus Terrae Sanctae, which includes, in various manuscripts, the public letters he wrote to various medieval figures informing them of the news and state of the Mediterranean and especially the Venetian territorial holdings in the East. The letters included, I found, a particularly vital excerpt in which he offers a geographical description of the world, describing regions by their geography and their distance and proximity to other regions. In doing so, he divides the world into regions and lists them in a particular order, showing how he organized the world as a whole by its geography.

The second source I found, at the Biblioteca Comunale di Siena, was a new merchants’ manual from Pisa, hitherto unpublished and unstudied by scholars, and the oldest manual known to date. This manual follows the same basic structures as many of its later brethren, listing the exchange rates of monies and weights between various regions in pairs. But it does so from a new geographical perspective – other manuals are Venetian and Florentine in origins, and their geographical perspectives heavily reflect those regions’ interests and trade; this new manual shows a uniquely Pisan view of the world. The manual also offers a number of unconventional lists that diverge from usual merchant manuals’ content: an explanation of zodiac signs with advice of actions favored by the signs for each month, a list of holy days, and a brief chronicle of Pisan history.

The Florentine manuscript that includes Sanudo’s geographical description of the world will help us better understand how the thirteenth century merchant, and those he wrote to, organized the world into regions that were affiliated with one another, giving a sense of how they understood the world within a geographical framework. Moreover, the geographical description reflects how merchants emphasized certain regions and their importance over others, such as how they paid great attention to Spain as a middle point between Africa and Europe, while contemporary scholastics and intellectuals tended to give little attention to Spain in their histories and geographies. The Pisan manual, meanwhile, broadens our understanding of the ways in which a merchants’ origins could influence his perspectives of the world: what we see is that, because of this new manual’s Pisan character, it shapes which regions the author discusses and looks at, showing the ways in which a merchants’ city could shape how he saw the broader world. This, in turn, speaks to the broader ways in which geography and place influenced the worldviews of medieval merchants.

These discoveries have ultimately allowed me to broaden the scope of my research and analysis into the worldviews of medieval Italian merchants. I had previously focused primarily on Venice and Florence, and towards the mid- to late-fourteenth century. With the addition of a Pisan manual, I can strengthen my analysis to show how these later Venetian and Florentine sources were not isolated to their particular cities and limited time periods, but rather share their narrative with this earlier Pisan source. This makes the other manuals the rule, rather than the exception, as reflections of the late medieval Italian merchant minds. The letters of Marino Sanudo, and their geographical description of the world, helps take my analysis of the letters in a new direction; where before I had used them primarily in terms of the language he uses to describe the various regions he brings into talking about particular regions piecemeal, his larger world description reflects not only how he saw particular regions in isolation, but how he saw places in connection to one another, a true “worldview”. Together, these two manuscripts help create an analysis that will be both broad and deep.