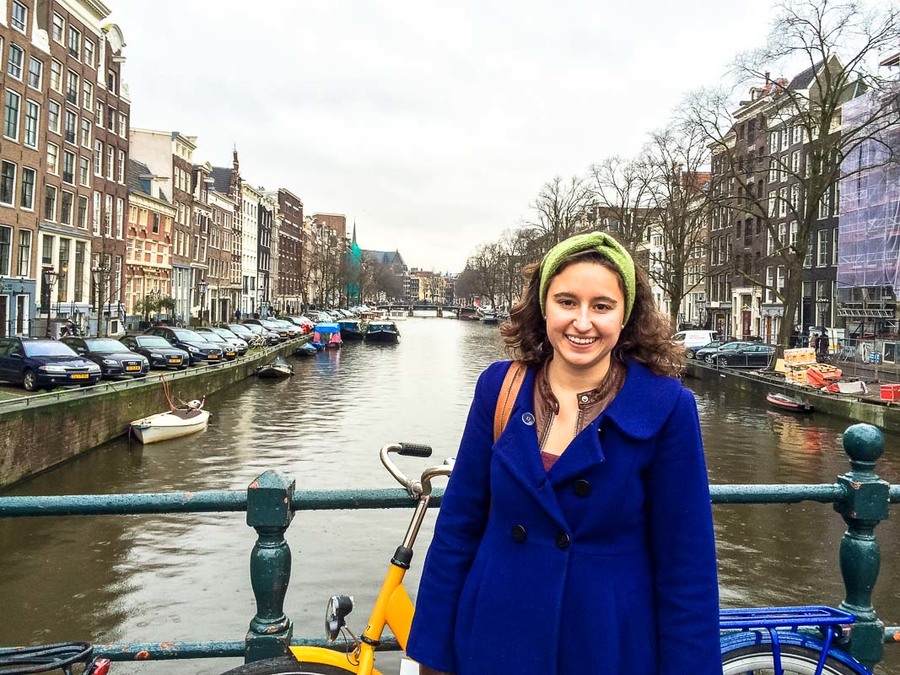 Emily Mediate '15, a double-major in Africana Studies and Pre-Health received a Nanovic travel and research grant to investigate HIV/AIDS interventions in Amsterdam, the Netherlands; and Stockholm, Sweden for her senior thesis.

In contrast to American interventions, European foreign aid tends to be less focused on measurement and evaluation and less motivated by security interests.1 USAID is “notorious among NGOs for micromanaging its projects, whereas European donors tend to be more hands off."2 More specifically, Scandinavian countries, as well as the Netherlands and Denmark, typically focus their efforts on the growth and development of communities over long periods of time.3  This differs significantly from American grant periods of six months to two years. In particular, though, the Netherlands and Sweden have emerged from Europe as two countries that model the best practice for foreign aid in HIV/AIDS. The two countries’ “innovative funding mechanisms that strengthen links between government and civil society…give matching grants to local organizations.”4

Moreover, HIV/AIDS is a consistent priority within the Dutch and Swedish aid agendas. The HIV/AIDS prevention program in the Netherlands is widely regarded as an area of excellence that should be modeled by other international HIV/AIDS actors.5 Amidst an aid environment in which HIV/AIDS funding from the international community has decreased between 2008 and 2011, the Netherlands is a rare example of Western dedication to alleviating HIV/AIDS through effective aid programming.6 Similarly, Sida, the department of the Swedish government responsible for foreign aid efforts, spends a considerable portion of their agenda on HIV/AIDS programming. However, the commitment extends to Danish and Swedish international non-governmental organizations (NGOs) as well. Several private actors and other stakeholders operating out of the Danish and Swedish donor countries have adopted the long-term, community-based strategy of their governments. Therefore, in this research project I asked: Why are HIV/AIDS aid programs in these countries so committed and effective, especially compared to their counterparts in the U.S. and other European countries, and why did the Netherlands and Sweden choose to adopt this model?

To answer this question, I traveled to the Netherlands and Sweden to meet with several different individuals from the countries’ non-government organizations, government agencies, and private sector companies working in Sub-Saharan Africa in HIV/AIDS. I interviewed twelve total individuals (seven in the Netherlands and five in Sweden) and their responses comprise my findings. I was also able to visit three different places as supplementary research sites that enhanced my general understanding of the relationship between this region of Europe and Sub-Saharan Africa. In Amsterdam, I went to the “Magisch Africa” display, which featured art from West Africa, and I visited the “Tropical Museum,” which explained the Dutch relationship with Africa from colonialism up to the present day. In Sweden, I visited the library at the Nordic Africa Institute after conducting an interview. I was able to see a display on East Africa and also copy several pages from reference books on the history of Scandinavian foreign aid to Africa.

With all of this information aggregated together, I came to three conclusions that together begin to answer the question that I posed for this research investigation:

First, I concluded that the Netherlands and Sweden have different models for their HIV/AIDS programs because the money is channeled primarily through development based organizations rather than scientific institutions. For example, a significant amount of U.S. funding for HIV/AIDS is directed to the National Institute for Health, the Center for Disease Control, and pharmaceutical companies. In contrast, the Netherlands and Sweden channel their funding through general development organizations that focus on the wellbeing of people in Sub-Saharan Africa. Although the U.S. does work through the Agency for International Development, the mindset is less focused on the factors of poverty and culture that contribute to HIV/AIDS and more concerned with the spread of disease and the biological process behind HIV/AIDS.

Second, I concluded that one of the key motivations for the unique Dutch and Swedish HIV/AIDS funding models is the nature of the countries’ relationships with Sub-Saharan Africa. Both countries have heavily engaged with the continent in trade over the last hundred years. In this way, many of the interviewees talked about Sub-Saharan Africa with language that involved trade partnerships and mutual economic benefit. As a result, the solutions to HIV/AIDS were framed in the context of raising the broader economy of Sub-Saharan Africa to lift individuals out of poverty and as a consequence, minimize disease.

Finally, I found that the general culture of the Netherlands and Sweden was welcoming and tolerant, two qualities which heavily influenced their models for HIV/AIDS programs. The Scandinavian region in general, has a culture of open-ness that is evident in their liberal government policies. This culture is translated into foreign aid programs in that they are less risk-averse than their counterparts in the U.S. or other European countries. There are fewer restrictions on issues such as abstinence versus condom-based programs and therefore, there are less stringent regulations that guide funding for HIV/AIDS.

Of course, there are both costs and benefits to the different approaches that each country takes towards HIV/AIDS programs in Sub-Saharan Africa. However, each model is reflective of the donor country’s culture and its history with the continent. In bringing together what works, there is significant potential for an improved international effort that combines the disparate approaches.