Connor Bagwell ('17), a double major in Finance and Physics, received a special grant reserved for a member of the Notre Dame ROTC. This grant allows students to work for retired US Army Colonel (and Notre Dame alumnus) Peter Herrly. Thus Connor traveled to Paris to learn from and work with the Colonel. While there, he was inspired. Connor recently wrote to us about his experience:

Paris, France, was in a declared state of emergency from the Paris bombings in November 2015 until past the Euro Cup Soccer Tournament and the Tour de France in July 2016. Europe in general was a hot spot of political and military uncertainty. Such an environment is extremely appealing to a Notre Dame Army ROTC cadet as a study of its dynamic operating environment. How does a military officer conduct himself in such a dangerous setting? What values are important when interacting with international leaders on behalf of the US Army?

I had the fortune to spend the summer in Paris interning for the previous US Defense Attaché to France, Colonel Peter Herrly. Under Col. Herrly, I had privileged access to more world leaders than any junior in college would normally be allowed. Col. Herrly’s role in the relations of France and the United States after retirement from the US Army never declined. I learned the most from observing his interactions between members of the French Military and the US Military. His broad range of relationships within the US and French Military, the European academic community, and global business partners proved invaluable in accomplishing the missions assigned to our team. My favorite task was coordinating the landing of a UH-60 Black Hawk helicopter and an AH-64 Apache attack helicopter at Eurosatory, the world’s largest land defense trade show. To accomplish this, Col. Herrly spent days calling in personal favors from commanders stationed around Europe and from the trade show organizers to get tens of thousands of dollars of exhibition space for free. Note, both of these favors benefitted Col. Herrly in no direct way, but they both greatly benefitted the US Army’s presence at an international military event. 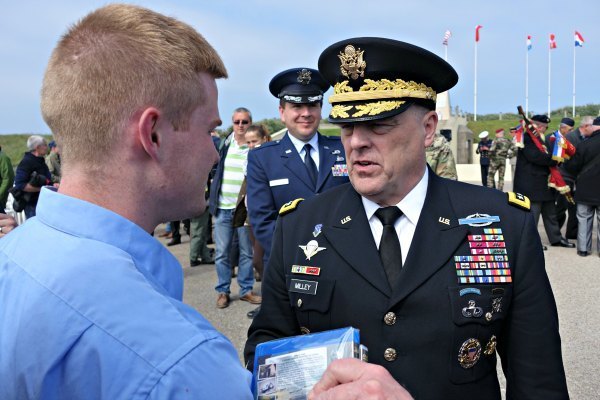 Throughout the summer, I observed the Colonel exerting himself without regard to his personal gain. He worked, often without sleep, to bring international delegation visits to the US Pavilion to promote American business in the global military industry. He corresponded with Naval commanders, Air Force and Army generals to maintain his impressive network, which was his greatest asset in calling in assistance for the Association of the US Army. We interacted with the trade show organizers to create an experience more conducive to international meetings with American businesses. Instead of enjoying himself at parties hosted by generals and ambassadors, he talked up the high-ranking guests to muster support for his causes. No matter the task, Col. Herrly worked constantly for the benefit of the United States Army and its relationship with France. 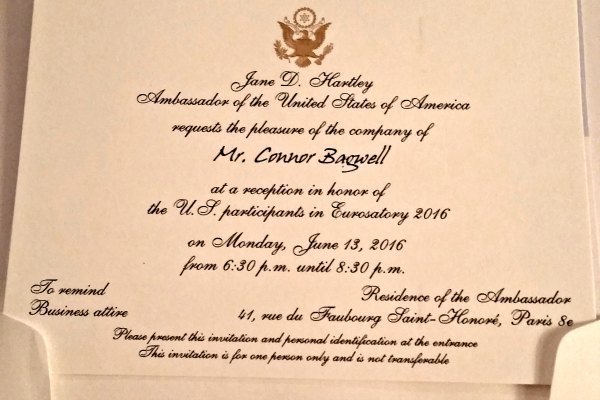 Col. Herrly and I visited Normandy on D-Day to celebrate the heroism of the Allied Forces in WWII, where he introduced me to the US Army Chief of Staff, the highest ranking US Army General. The following week, I was invited to a party at the residence of the US Ambassador to France, where Col. Herrly introduced me to Madame Ambassador.

What astounded me most of all in Col. Herrly’s dealings with these high-ranking officials was his unerring duty to country, towards which he directed all of his efforts. The only favors he asked of people were for the US Army or the Association of the US Army, never for himself. This selfless service is one of the seven Army Values that are impressed on every cadet who passes through the Notre Dame Army ROTC program. Decades after his training, I observe a fellow Notre Dame Army ROTC student living out this value of selfless service for his country. To me, he is a testament to service in leadership.

As a future military leader myself, my experience with Col. Herrly was irreplaceable. His selfless service was matched only by his competence. He knew more about the environment in which he operated than those who grew up in Paris. The diligence required of a good leader in studying his situation, and the awareness of the situation at all times, is a lesson the Colonel stressed throughout my time with him. He taught me at every available moment about Paris; how the United States has never not been allied with France, or how France is the only other nation on earth whose economic capabilities can self-sustain its military capabilities, or any number of facts that deepen the appreciation of the US-French relationship.

I owe an exceptional amount to Col. Herrly in my development as a cadet and as a citizen. Through his selfless service, reflecting the Christian teaching of servant leadership, and his competence in relationships between people by knowing their story and understanding their history, he was able to accomplish amazing tasks of international diplomacy without a governmental position. Peter Herrly taught me the power of being a servant leader in a military context.