Does eighteenth-century Reformed Protestantism affect interpretations of the world and actions within it? How do scholars determine such a fact? These questions drove Ashley Foster, a graduate student in the History department, to apply for and receive a Graduate Summer Travel and Research Grant from the Nanovic Institute. With it, she traveled to Scotland to conduct research for her dissertation. Ashley recently wrote to us about her research:

Through the support of the Nanovic Institute for European Studies, I received the opportunity this May to conduct preliminary dissertation research at the National Records Office and New College Library in Edinburgh, Scotland. For seven days, I examined primary and secondary resources concerning eighteenth-century religion in order to refine broad research questions about the nature and relationship between lay and elite religiosity. I believed the first half of the eighteenth century deserved serious study because of changes occurring in the period. Politically, the kingdom witnessed union with its historical (and richer) enemy to the south. Religiously, the Church of Scotland witnessed schism as those who criticized the body’s actions willingly separated themselves from its jurisdiction. Culturally, the first stirrings of what scholars traditionally call Enlightenment occurred as men such as Francis Hutcheson took professorships and espoused philosophies of civic morality and virtue that would end instability created by religious fanaticism.

Yet despite these changes, which distanced eighteenth-century Scotland from seventeenth-century Scotland, many lay and clerical people clung to the religion of their forefathers and continued to interpret their selves and the world around them within that framework. This side of the 1700s has not received the scholarly attention it is due because of the literature’s focus on mining the period to explain the rise and uniqueness of men such as David Hume, the beginnings of Scottish industrialization, and the final defeat of Jacobitism. Furthermore, while academics have adeptly studied seventeenth-century religion in terms of its theology as well as its societal and political function, the subsequent years lacked such analysis. The goal of my dissertation attempts to uncover how a variety of eighteenth-century Reformed Scots interpreted the world in which they existed. By focusing on how they viewed the supernatural, natural, and mortal faculties, I hope to expose the tension and acceptance of Reformed ideas in the new epoch of becoming Britons. This approach will also help overturn the traditional view of Reformed Protestantism as conservative and restricting in the eighteenth century.

These research questions grew out a study of lay conversion narratives from the Cambuslang revival of 1742. Appreciating the content and structure of how ordinary men and women described their religious experiences to ministers provided a foundation in which to launch my own explorations this summer. For example, while in Edinburgh, I perused the Cambuslang kirk session rolls in order to not only determine what occurred in the years before and after the awakening, but also appreciate how religion was conveyed by the session (composed of the minster and lay elders) to the outside and posterity. I became interested in how they presented the annual day of thanksgiving and remembrance after 1742 as well as how they justified holding a second communion (proceeding when the laity desired it). Because the narratives also mentioned Seceders (those who broke away from the orthodox church), I examined their early minutes to learn how they legitimized their schismatic movement. There, I discovered pages outlining their interpretation of Scottish church history, which involved a history of Scottish politics and royal movements. I hope to use such finds as the above in a way that allows me to analyze beyond narratives. For instance, the Seceders’ history of the Scottish church provides a window into what this group considered important, what/who they viewed as causing historical changes (i.e. the role of man or the supernatural in determining events) and the reasons why certain developments occurred. In other words, a history of the Scottish church reveals the thought processes of its writers. It goes beyond historical chronology to divulge contemporary assumptions about politics, power, and culture. 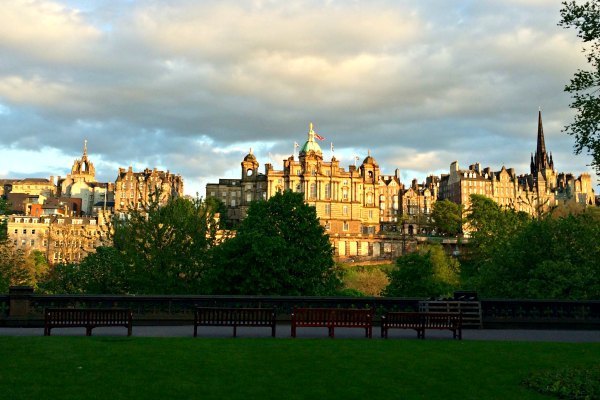 Lastly, I must mention that one of the most helpful incidents stemming from this trip was the opportunity to meet professors of Scottish religion and history. The ability to discuss potential avenues that could be sustained by primary sources was valuable in shaping my current direction. They recommended dissertations unbeknownst to me and also pointed towards untraditional sources that may shed indirect light on the relationship between Reformed Protestantism thought and lived.

The research this summer confirms what I began seeing in the Cambuslang narratives. By reading sources in a new light, one can uncover how integral a position Reformed theology occupied in people’s conception of humanity. While I will have to broaden my approach to include significant material drawn from ministers to supplement lay testimonials, this will allow me to replicate the contemporary Scottish atmosphere. Laymen did not exist in a society without ministers nor ministers without laymen. Finally, if I remain determined to research how religion shaped interpretations of the world, then I need to think beyond liturgy and doctrine for they too did not exist in a space by themselves.